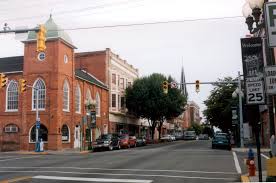 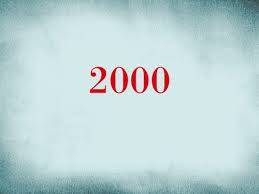 I guess it would be accurate to say that Carol and I are world travelers. We don’t need anyone to guide us around. We don’t need group tours. We are imaginative and thrill-seeking adventurers.

Carol and I would begin this trip from separate starting points. Yesterday I finished up my visit to the Sturgis motorcycle rally in Sturgis, South Dakota. After a long drive back from Sturgis to Minneapolis I hopped on a jet airplane. It wasn’t long before I was landing at the Ronald Reagan Washington National Airport in Washington, D.C.

A few hours earlier Carol had departed from the Los Angeles International Airport. She was headed to Ronald Reagan (her most favorite president) Washington National Airport as well. With any luck we would reunite there.

Everything worked out perfectly. We would be staying in the opulent….or at least upscale Doubletree Inn in Bethesda, Maryland. There would be just enough time for dinner and drinks. 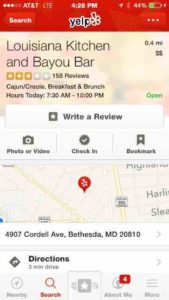 Yelp! recommended the Louisiana Kitchen and Bayou Bar. It was within walking distance of the hotel. Along the way we stopped at a beer and wine shop. However, we were looking for some “spirits”. They don’t sell spirits in area beer and wine shops in Maryland. The only liquor stores are operated by the government. They were already closed for the day.

Sorry. Not a big fan of most of the east coast….but that doesn’t include everything.

The lady running the beer and wine store could not have been nicer. She answered all our questions about liquor laws and touring. She even gave us a complete store list of the government operated stores selling spirits. All of this reminded me that I am not a big fan of the east coast for reasons like accessibility. I want everything 24/7. I don’t want arcane puritanical laws to impede my progress.

We moved on to a very delicious Cajun/creole dinner. The restaurant made us feel almost as if we were in the French Quarter itself. This eatery had only a three-star Yelp! rating. Normally I wouldn’t stop at such a lowly rated location. However, it was close, we were already in the area and we love Cajun food. In my opinion it was better than what I think a three-star rated place would be.

Why do these trips?

I don’t come on these trips just to see figure 8 racing. I enjoy the racing and that’s what directs us to whatever location we are visiting. However once we get there it’s time to see “stuff”. Whatever stuff a local area has to see I want to see it, touch it and have a full experience. 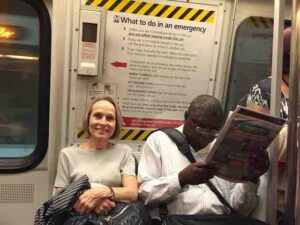 Have you ever ridden the subway?

We started our day by riding Washington’s Metro subway system. We always enjoy the challenge of buying our subway tickets from an automated machine. If you’re not used to it it can be a challenge. 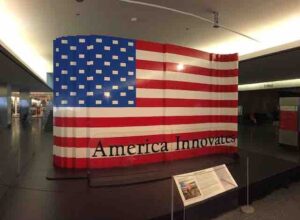 We soon found ourselves in one of the many Smithsonian museums that dot the Washington, D.C. landscape. Don’t miss the pictures that highlight the things we saw. 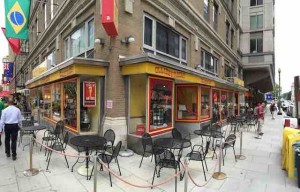 Next up we needed a place for lunch. We found a place called “Ollieburgers”. This place was overpriced and didn’t take credit cards. It was certainly a unique looking eatery but I probably wouldn’t come back.

We rode the subway back out to Maryland where our car was parked. It was now time to head to West Virginia for tonight’s county fair figure 8 racing. 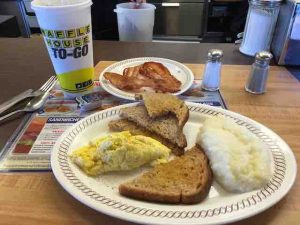 Better than being addicted to heroin.

You might think that all we do on these trips is eat. You might be right. We/I couldn’t pass up a trip to the Waffle House just before we crossed into West Virginia. Then, as they say, we were off to the races. 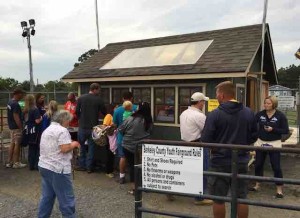 The state of West Virginia based upon its population and quantity of racetracks has always been my least developed trackchasing state. I don’t really know why that would be the case.

I have always liked West Virginia. During my business days I made calls with my reps in WV. I will tell you this. West Virginia is the most rural, some might say backward state that I visit. The combination of western West Virginia, eastern Kentucky and southern Ohio IS the most back woodsy place in the U.S. I see. That doesn’t make it bad. It just makes it noteworthy.

The weather forecast tonight was not good. Rain was predicted….and it rained. Nevertheless, a good crowd turned out….with umbrellas.

Don’t count your chickens until you take your blood pressure.

The event began with some drag races inside the dirt “ring”. This wasn’t all that exciting. I was minorly concerned they might mess around with this stuff and a harder rain would hit cancelling the rest of the racing. I have come to never count my chickens before the green flag falls on the first countable race. I would love to be able to measure my blood pressure, which is always low, both before and after the dropping of the green flag.

Before the figure 8 racing began they had a “best-looking” car contest. A car painted all pink with the words “Lamb Chops” was the winner.

Delays in raining weather are not so much fun.

Next we had to put up with a large amount of earthmoving to get the track ready for figure 8 racing. While all this was going on they were watering the track during the intermittent rain showers! Nope. I didn’t breathe a sigh of relief until that first countable race began. 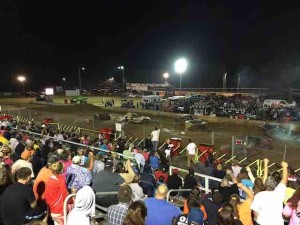 There was a large crowd on hand. They cheered wildly during the figure 8 racing action. The stands are nearly full at virtually every county fair I attend. I’m guessing, I have no real data to back this up, that the fans who come to these once a year shows probably do NOT go to weekly racing shows all that much. I can’t prove that. It’s just a feeling I have.

When Carol comes along….we don’t sleep in the car.

Following the racing we had a longish three hour and two minute drive down to Roanoke, Virginia. When we arrived into Roanoke we had a beautiful Sheraton hotel awaiting us. There’s no sleeping overnight in the car for me when Carol comes along. When she gets upgraded I get upgraded. There’s nothing wrong with that. 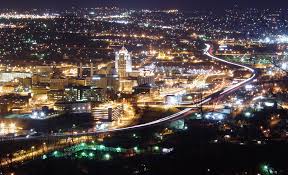 We were headed to Roanoke for two reasons. First, we wanted to spend much of the day with my stepfather’s widow. Secondly, staying in Roanoke would position us well for tomorrow night’s county fair figure 8 racing in southern Virginia.

There was also a side benefit to visiting Roanoke. There were a couple of Trackchasing Tourist Attractions that needed to be seen. We would see them. 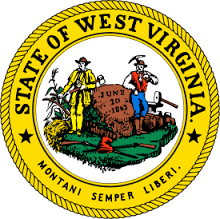 West Virginia sayings: We will no longer be called Hillbilly Rednecks. We will henceforth be known as Appalachian-Americans. 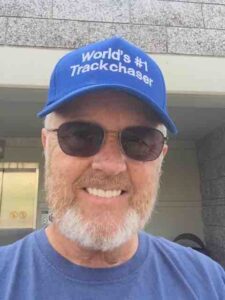 Click on the link below to see the “Video Plus” production from the Berkeley County Youth Fairgrounds.

If you feel provocative photos might easily offend you do NOT view this photo album. Now for the 99.44% of you who are now even more intrigued click on that link!

That’s right. Click on the link below for a photo album from today’s trackchasing day.  Double click on a photo to begin the slide show or watch the photos at your own pace.  Hover over a photo to read the caption. 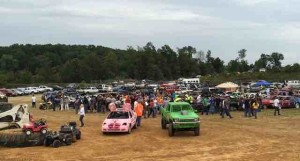 From way down home at a West Virginia county fair