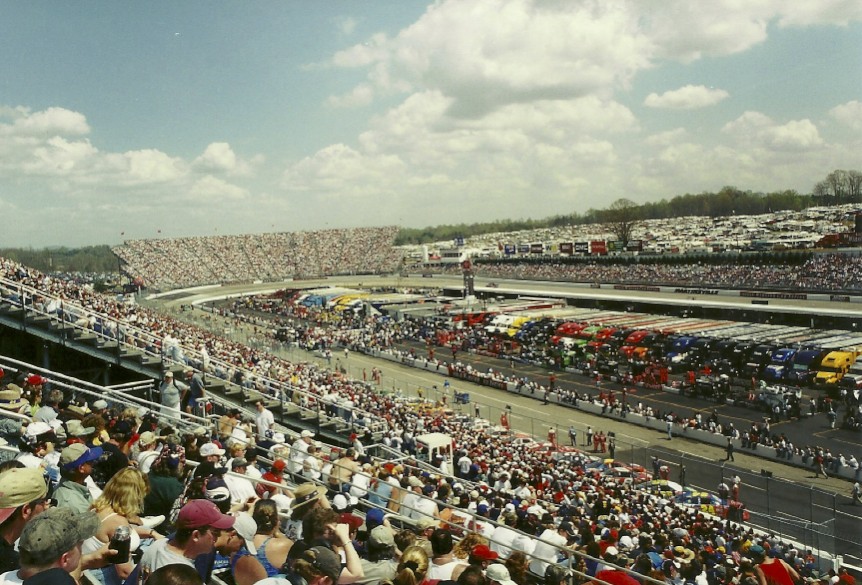 Martinsville Speedway is one of my favorite NASCAR tracks. I’ve been there several times. This photo was taken at a 2002 event. 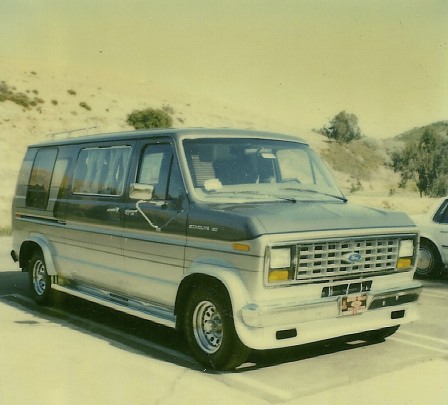 1987 Ford Custom Van. We hoped to do some trackchasing travel in our van but distances were just too great to cover by the highway. 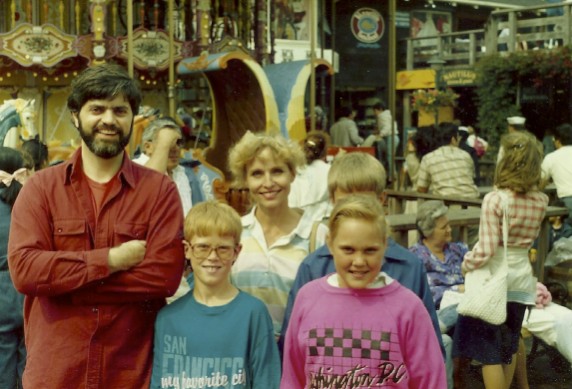 College roommate Stan Logan frequently joined the family and me on racing trips in Northern California. 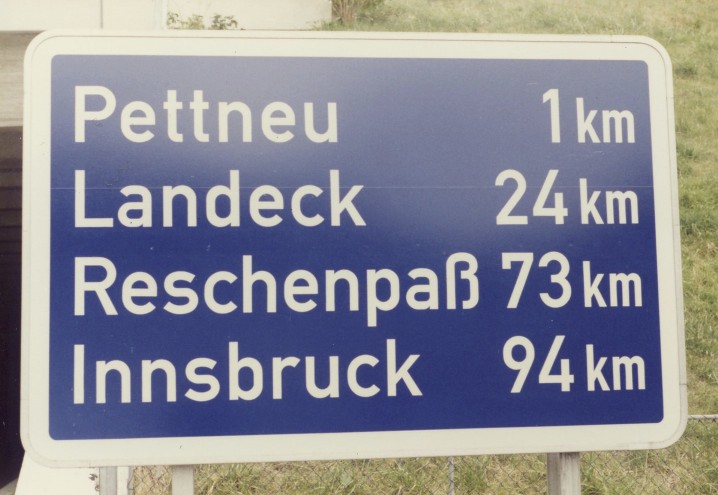 We were the guests of American Airlines at the Long Beach Grand Prix. They offered a contest to their guests. Who could pick the winner’s average speed? 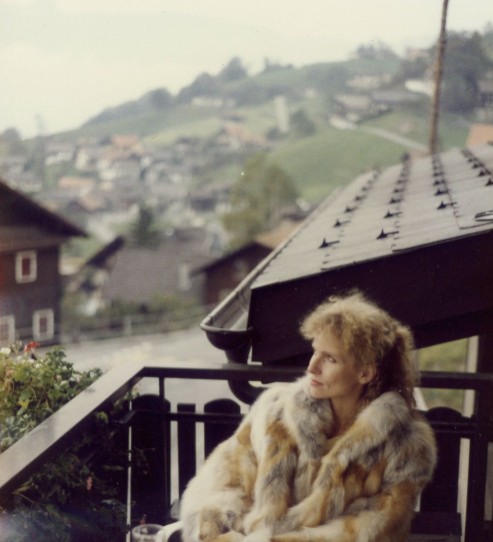 We won the contest! First prize was airfare and a week’s hotel in Zurich, Switzerland. 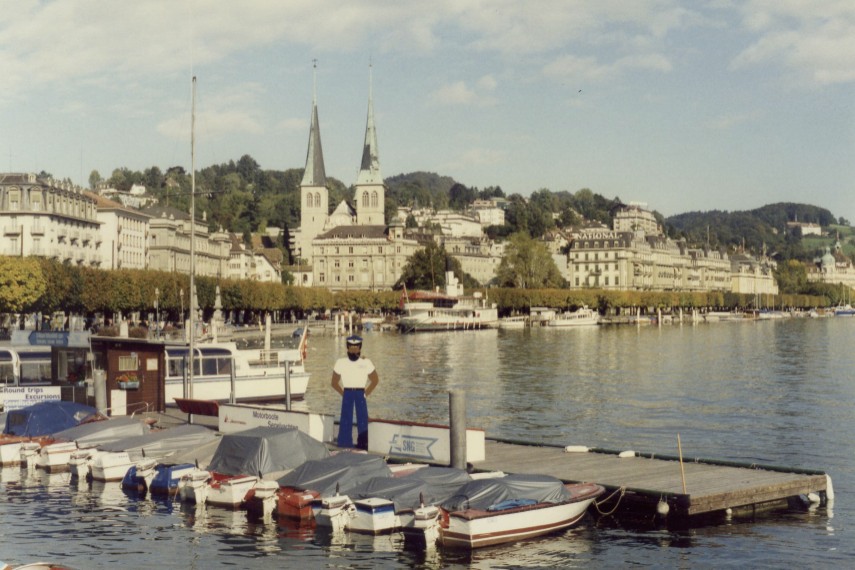 I’ve won several prizes while attending races. This was the best ever by a factor of many. 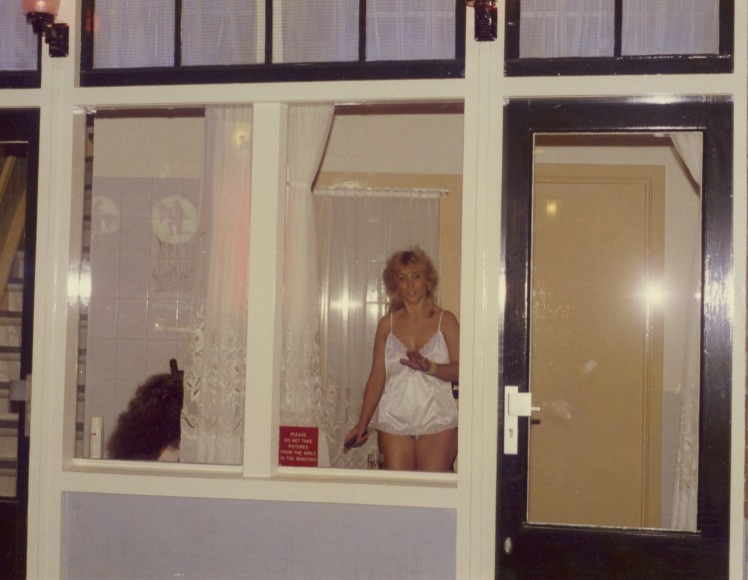 If you go to Amsterdam’s Red Light district like we did you might not want to take this type of photo. 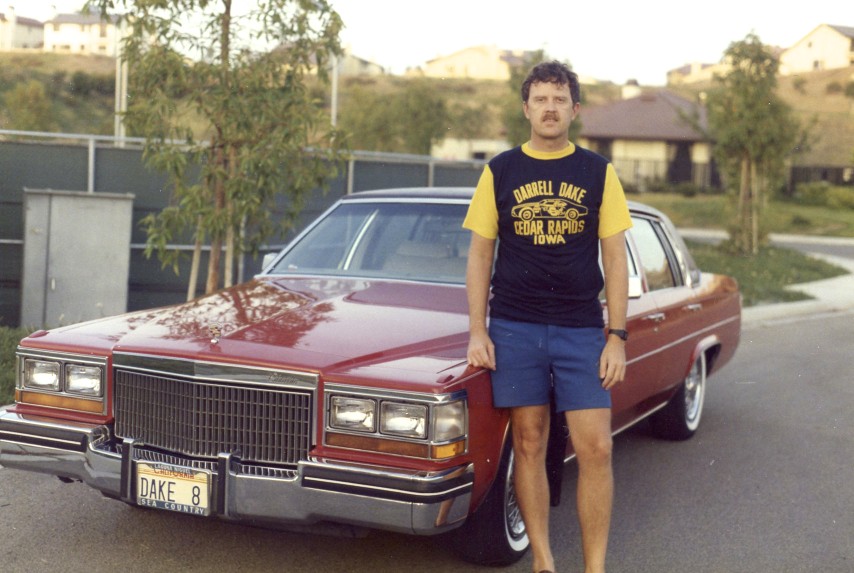 I was a Darrell Dake fan! 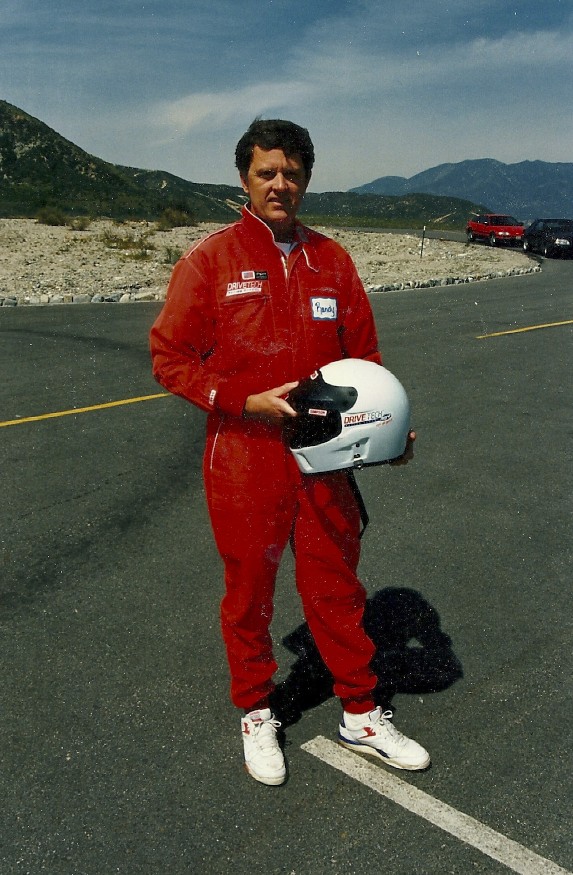 I’m a fan and not a race driver. However I have attended race car driving schools and driven in about 10 races. 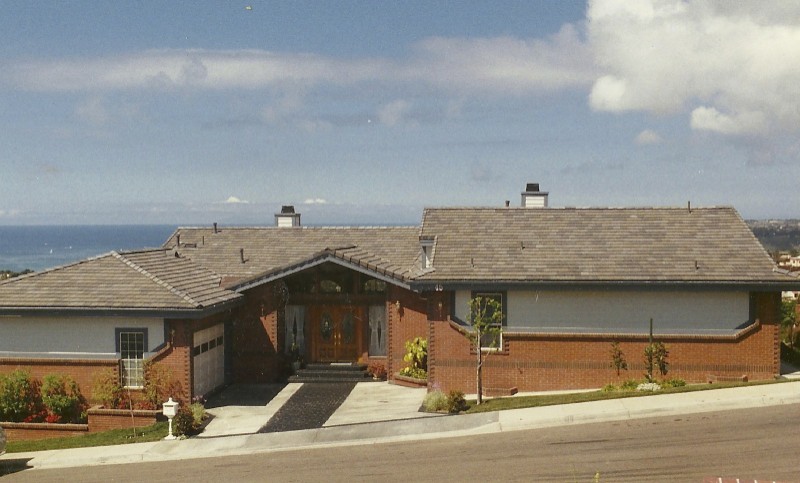 In 1989 we moved to the seaside community of San Clemente, California 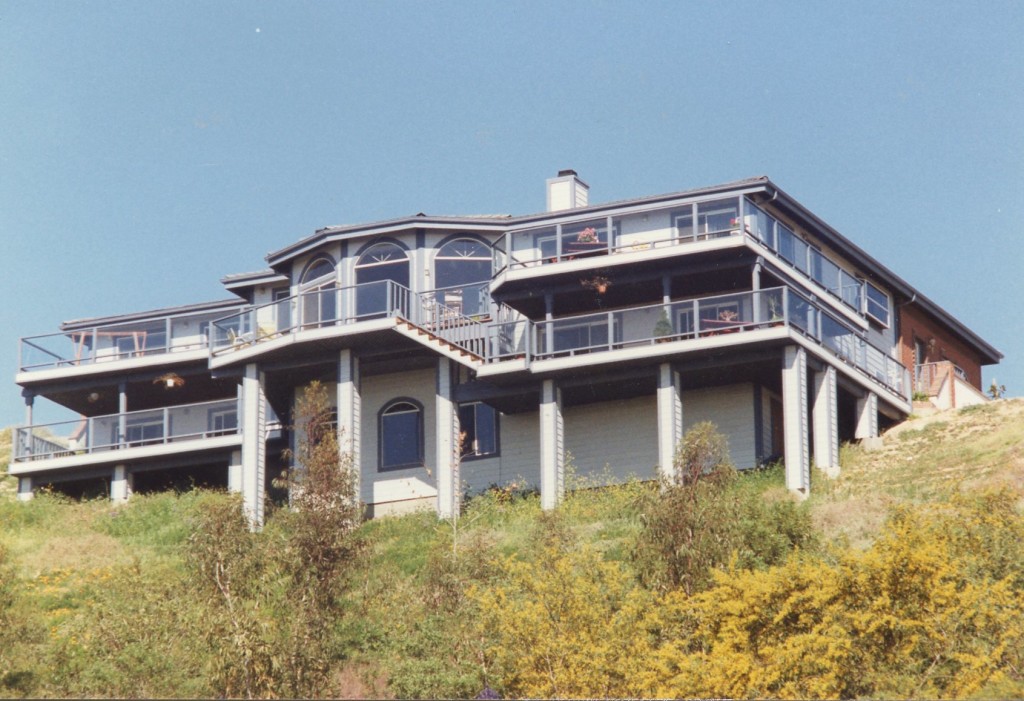 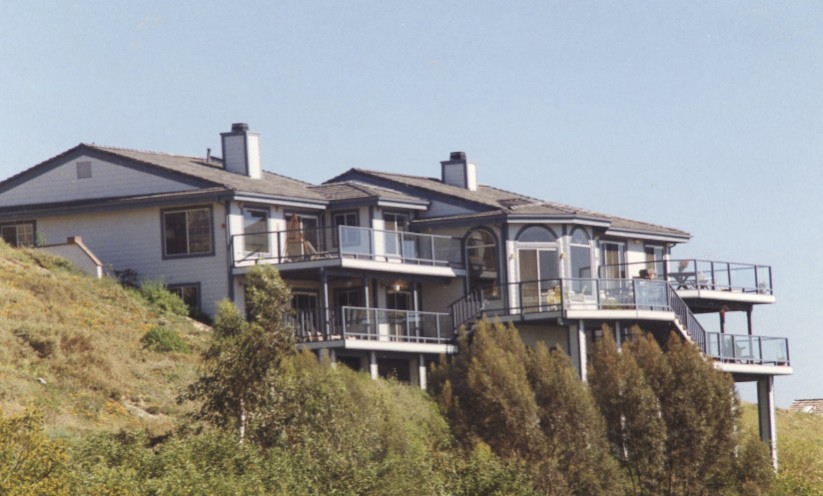 In 1990 I added just two new tracks to my list….but my family and I traveled the world. 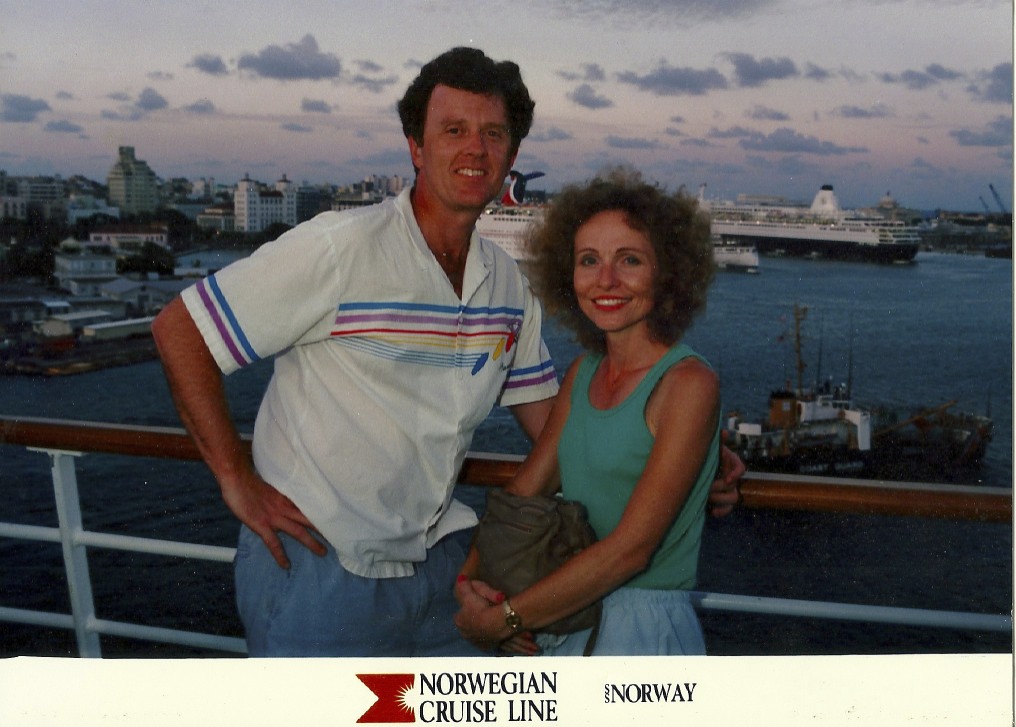 We’ve never shorted ourselves when it came time to taking vacations. 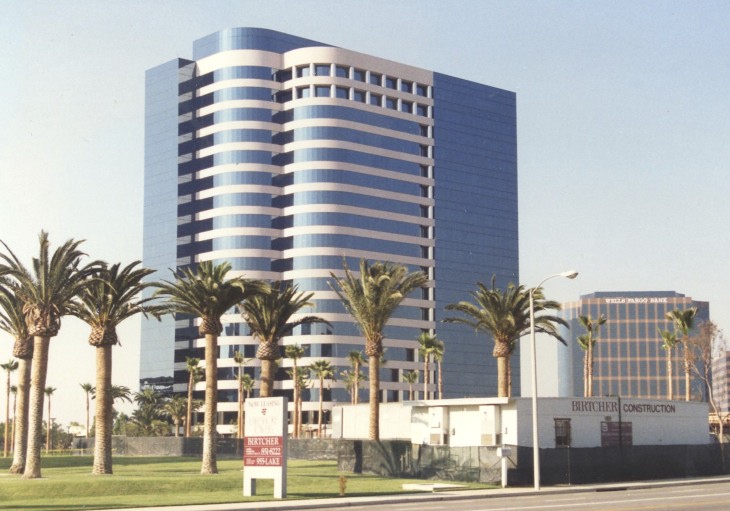 This was my office building in 1991. Can you see me peeking out from the 11th floor? 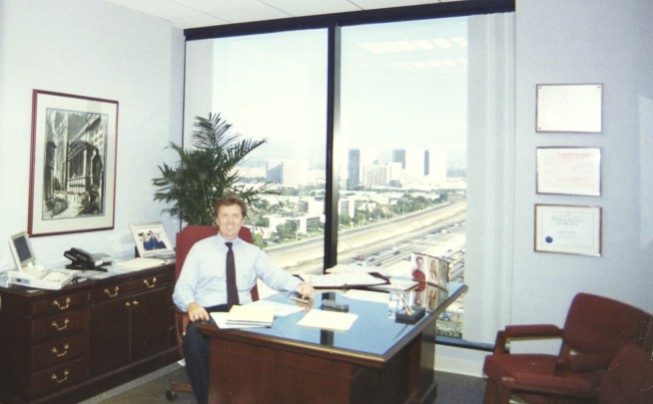 This gig paid my trackchasing bills! 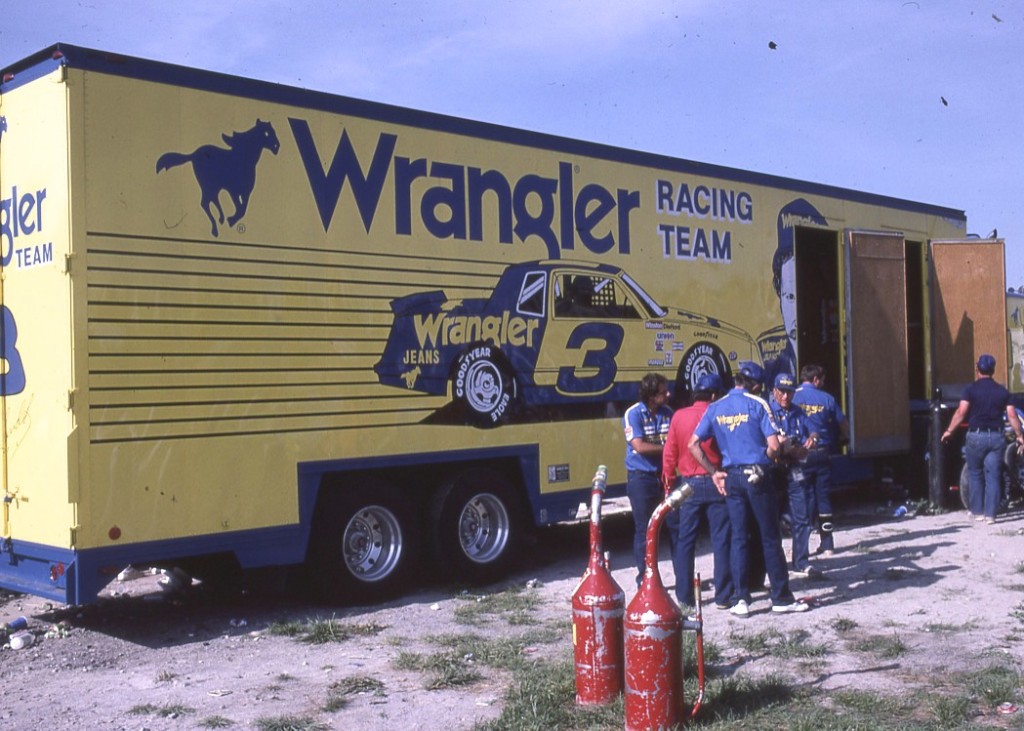 Racers do a lot better with big name sponsors. 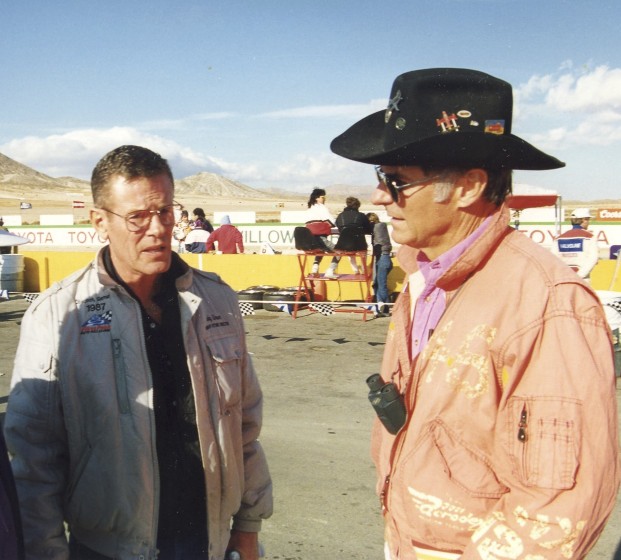 Bobby Unser was the grand marshall on this day at Willow Springs. 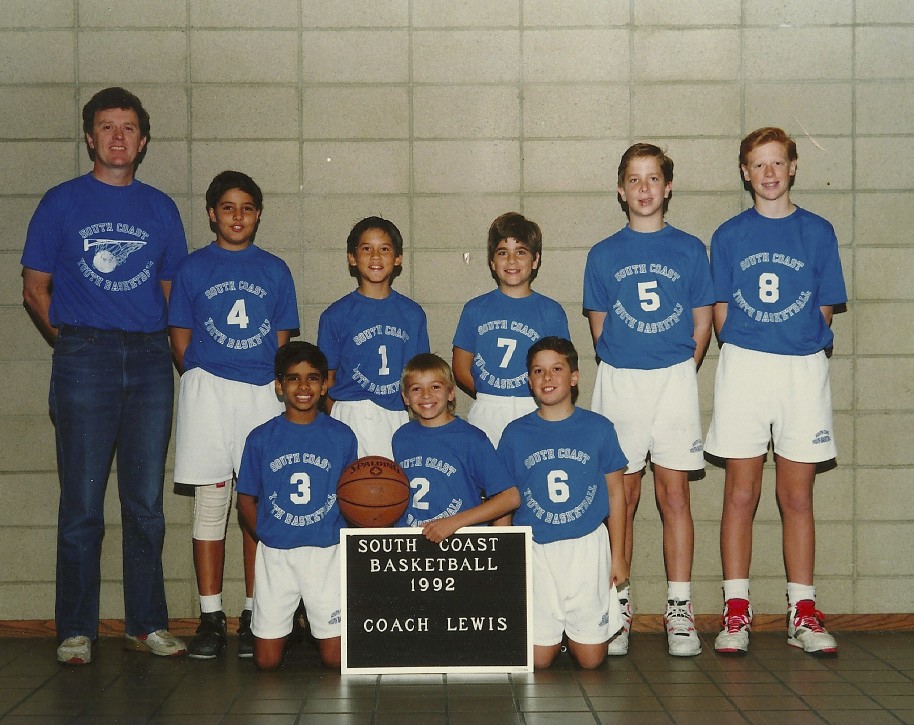 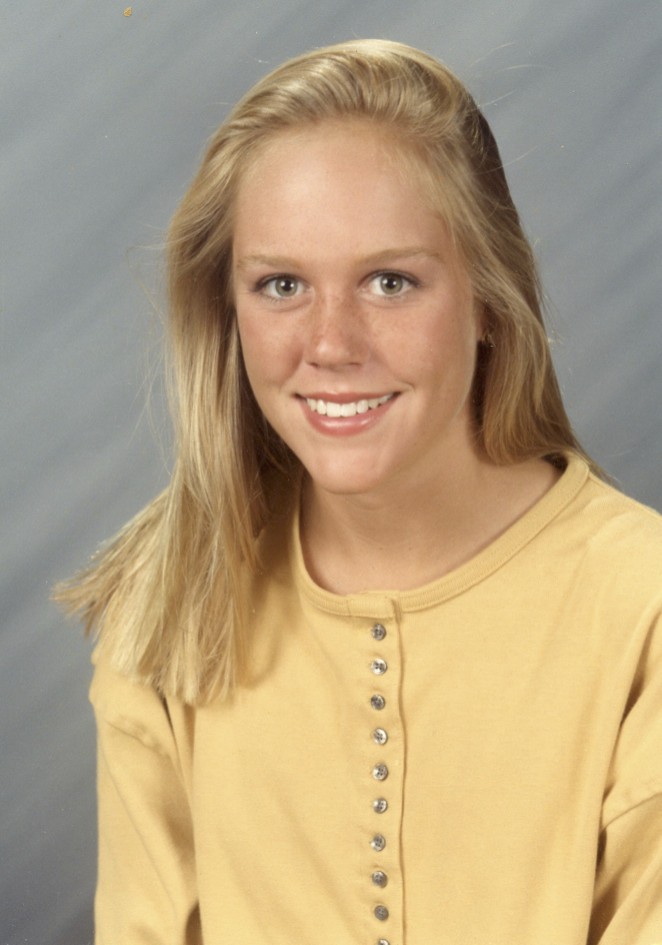 Daughter Kristy – Age 15. As the kids grew up I had a little more time for trackchasing. 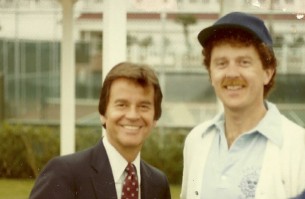 In the early 90s I hung out with Dick Clark whenever I could. 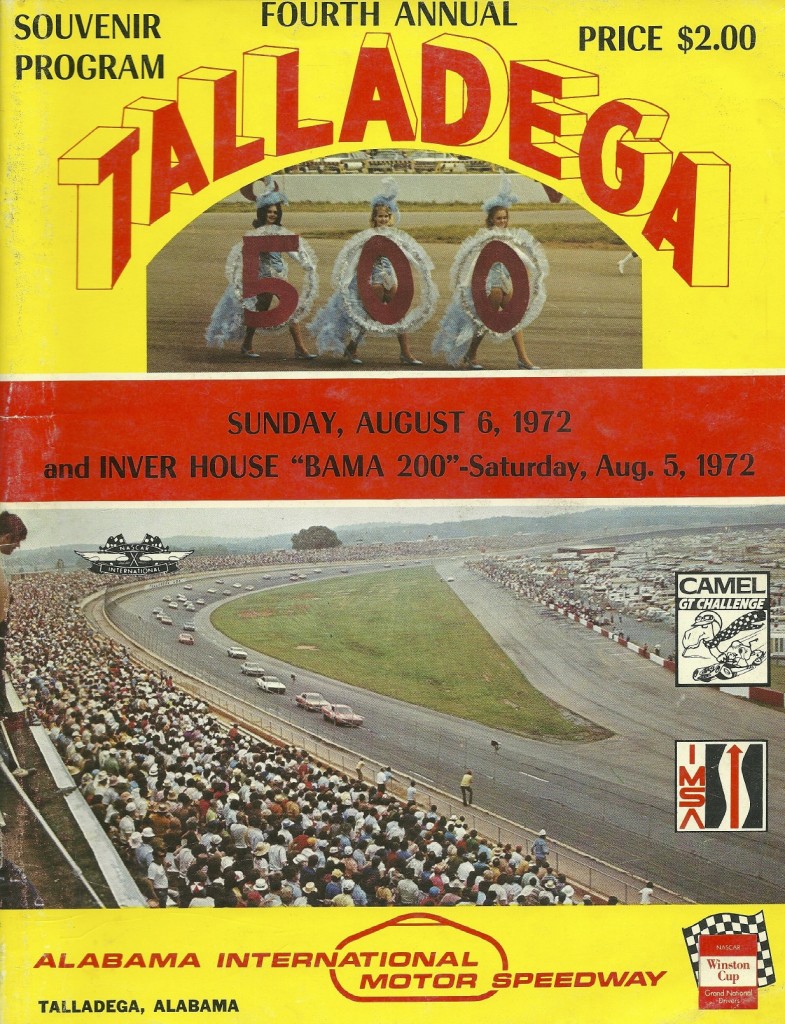 My stepfather got me this program when he went to Talladega in 1972. I didn’t make it there until 1993! 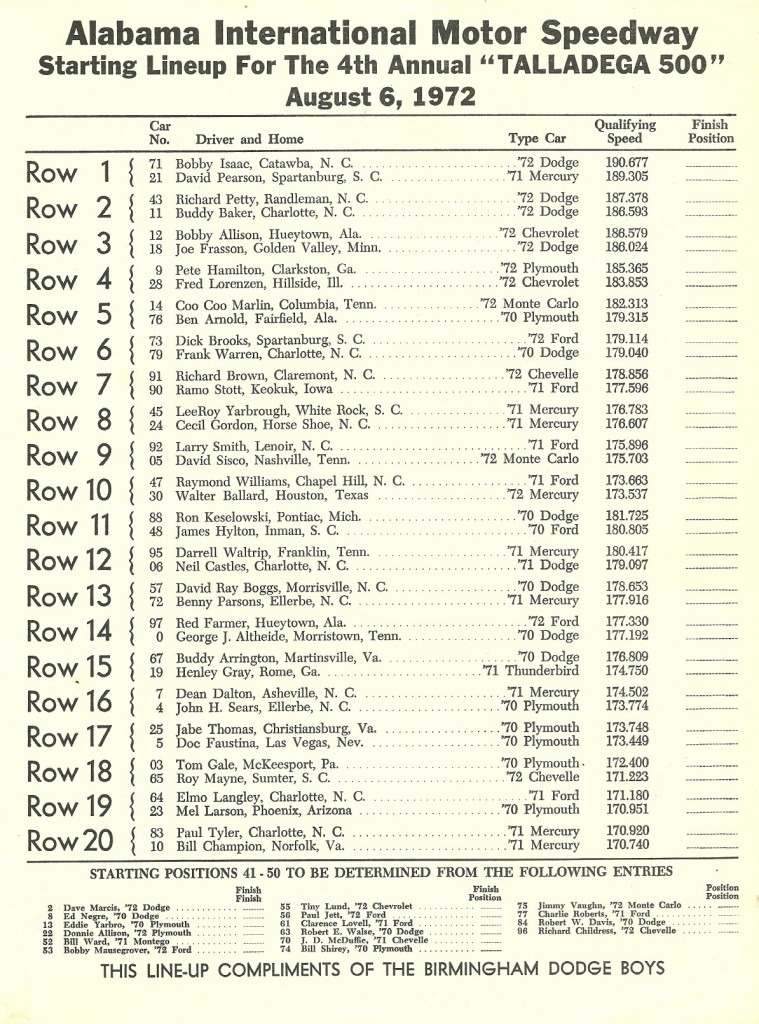 Checkout the race lineup from that day. 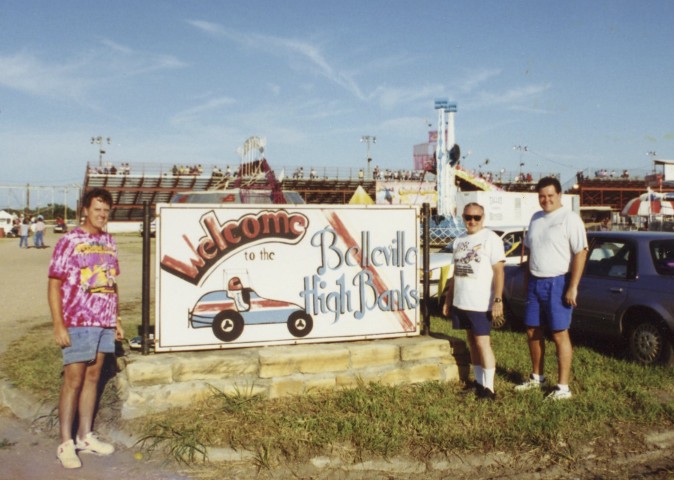 My brother Mark and I treated my stepfather Bill to a Father’s Day trip to the Belleville Nationals. It was a hot one. 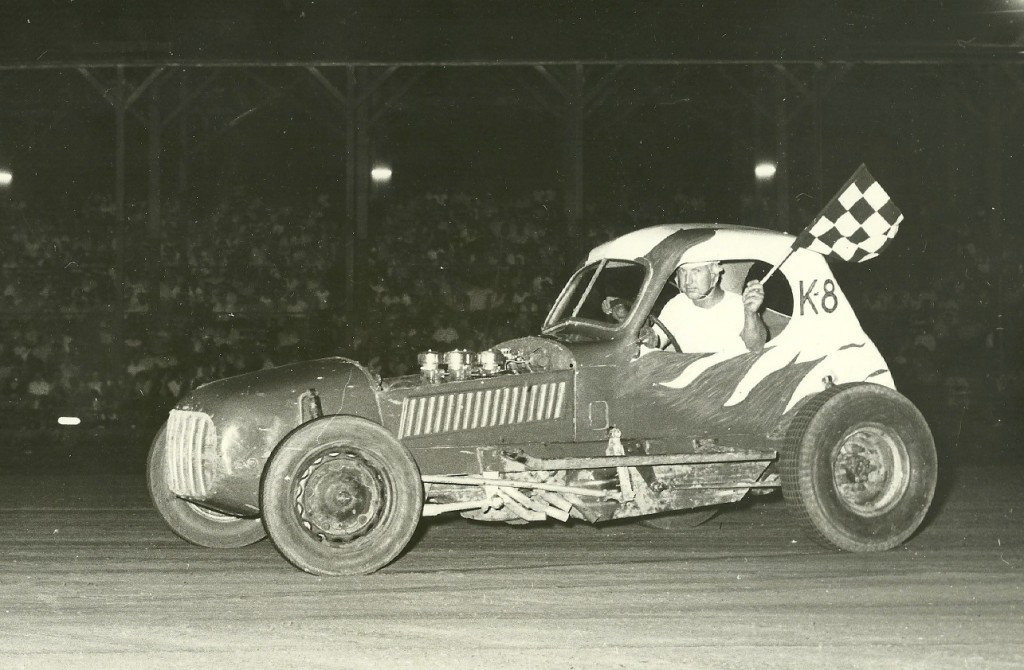 My uncle Ernie Gilkerson raced at Macon back in the 50s and 60s. 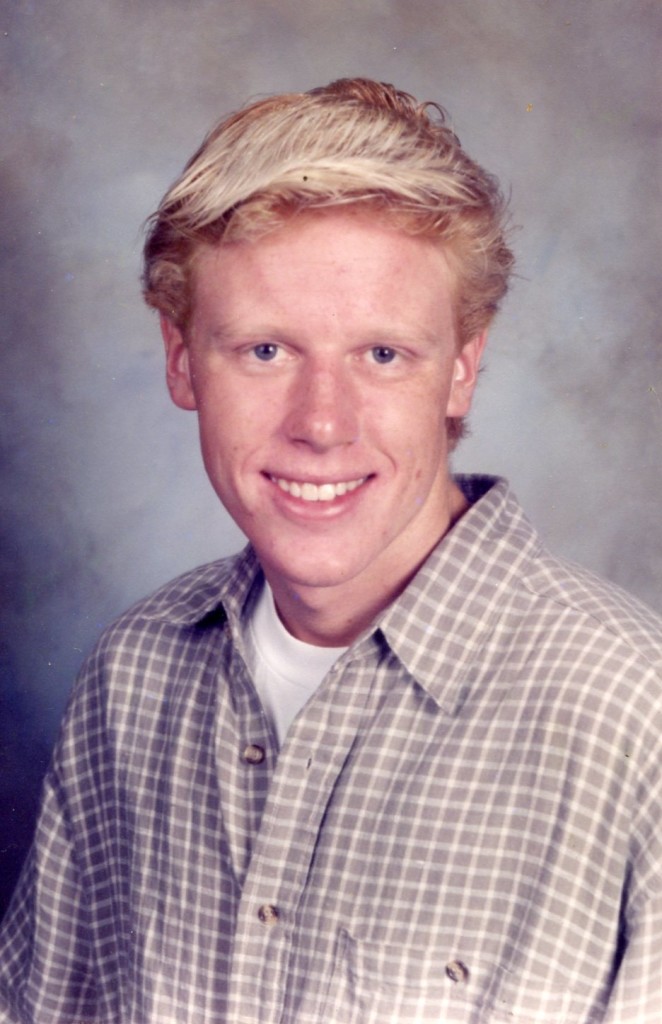 With our youngest son Jim turning 16 everyone was driving. Could my full-time trackchasing status be far off? 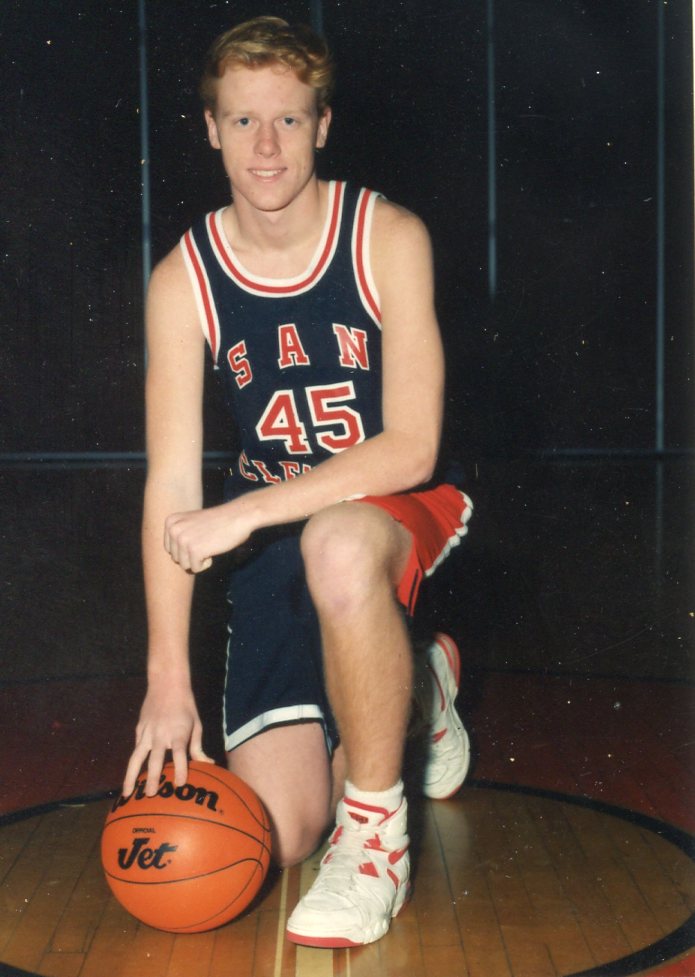 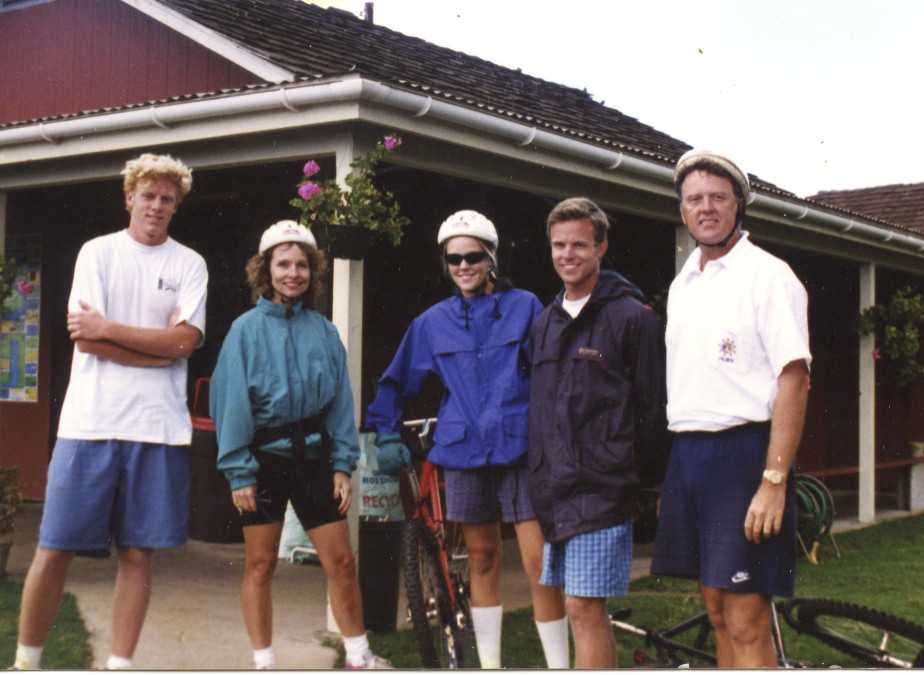 Our family has also stayed pretty active. This was our family bike ride down Haleakola in Maui. 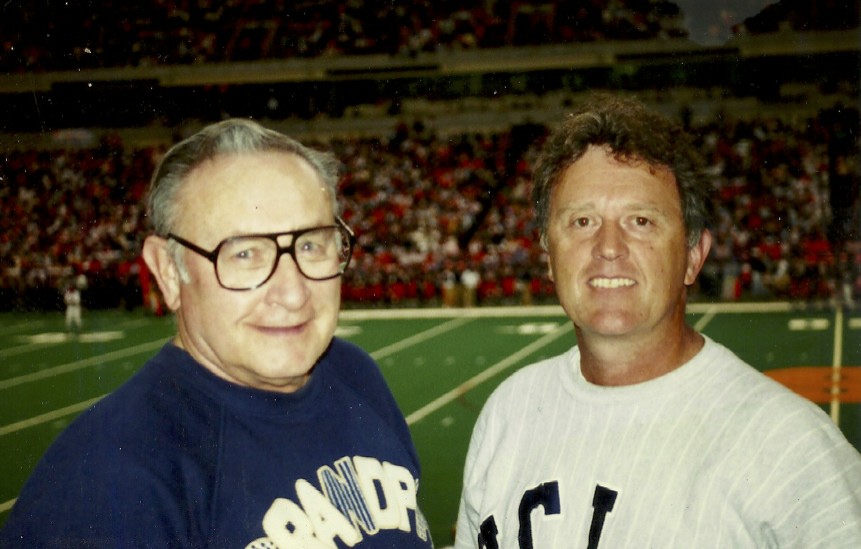 On a trackchasing trip to New York my Stepfather Bill and I showed up at the Carrier Dome for a football game featuring Syracuse and Minnesota. 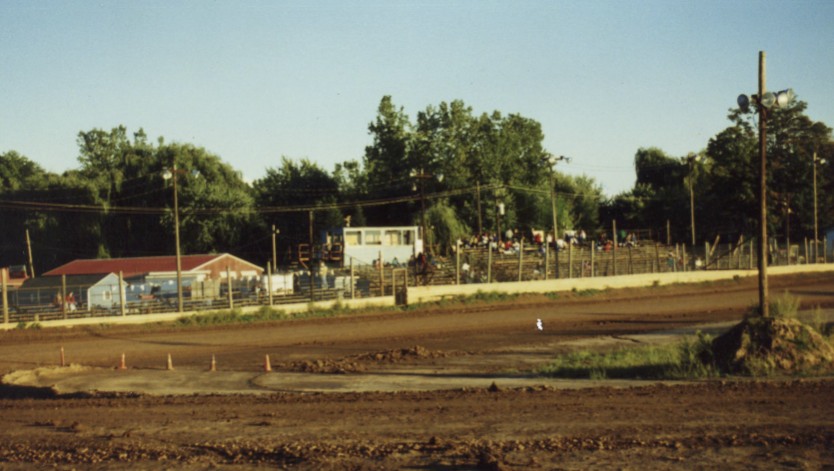