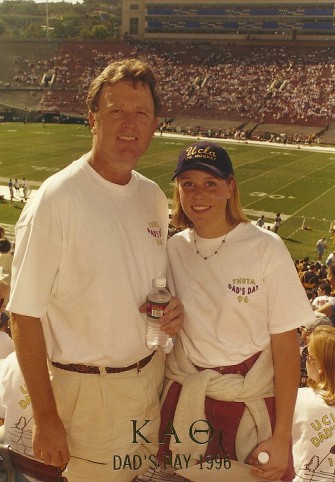 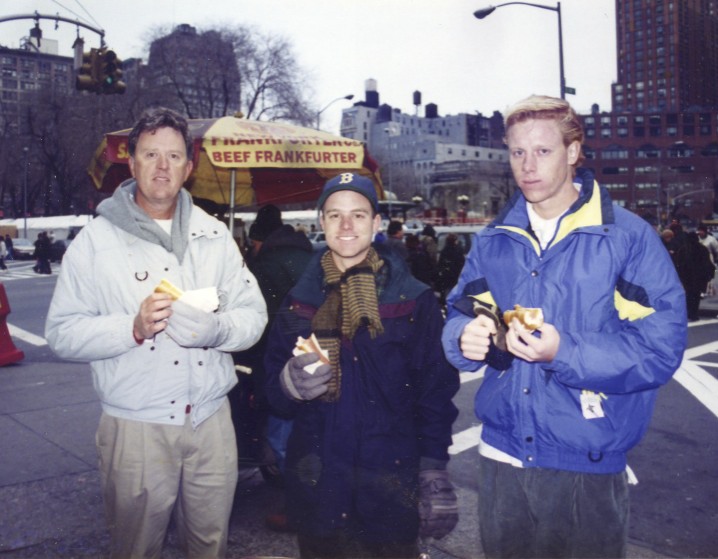 I’ve been traveling since I started in business at the age of 23. This trip brought the kids and me to New York City for some Christmas time sightseeing. 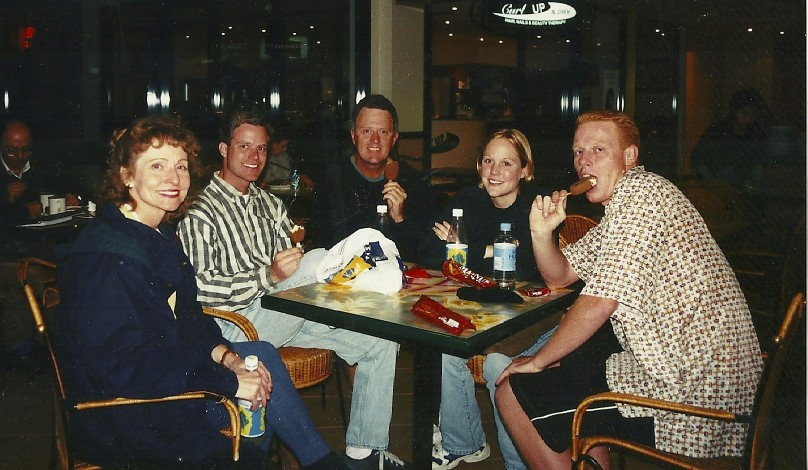 The family visits Kristy in Australia while she was a student at the University of Sydney. 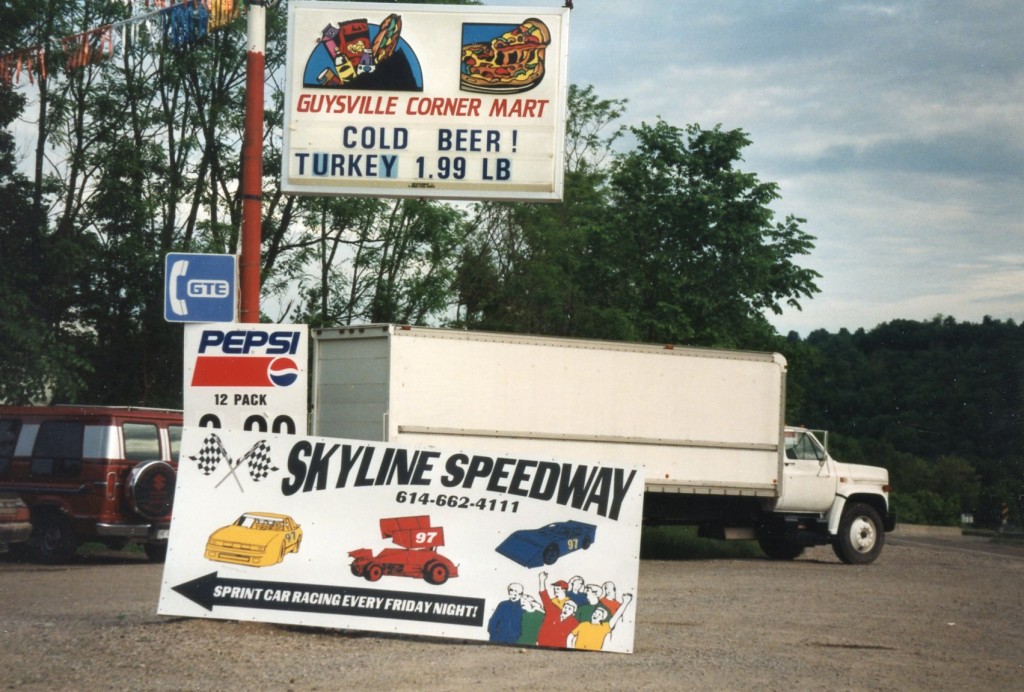 It’s always good when a track is well signposted. 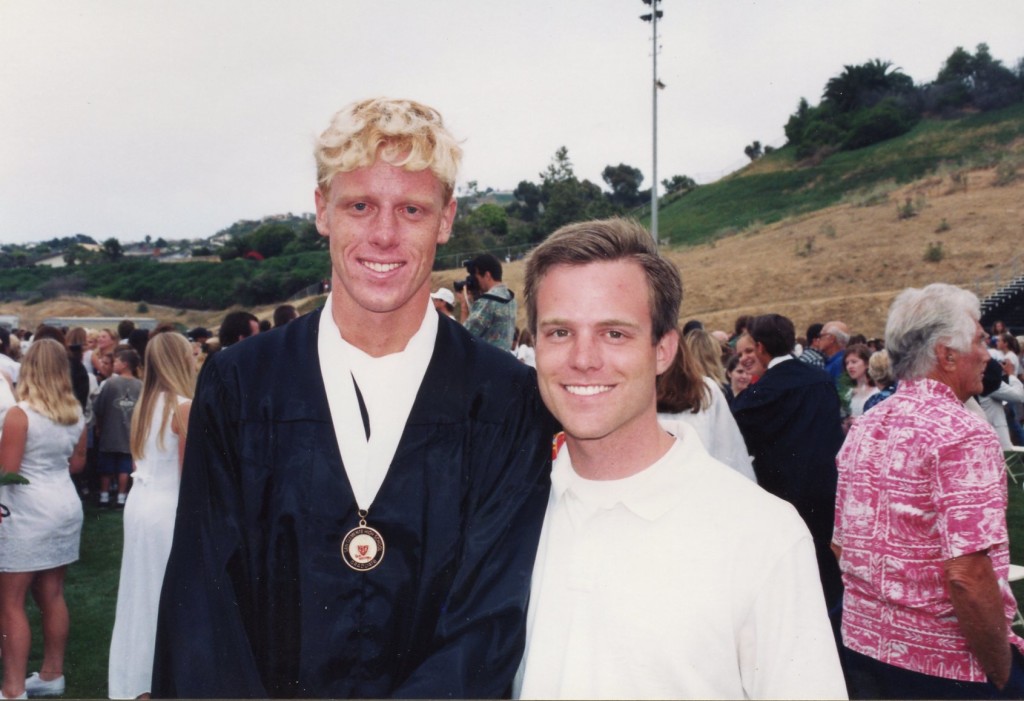 Now with our youngest Jim (left) graduating from high school and off to follow brother J.J. (right) to UCLA the trackchasing roads seemed a bit more wide open. 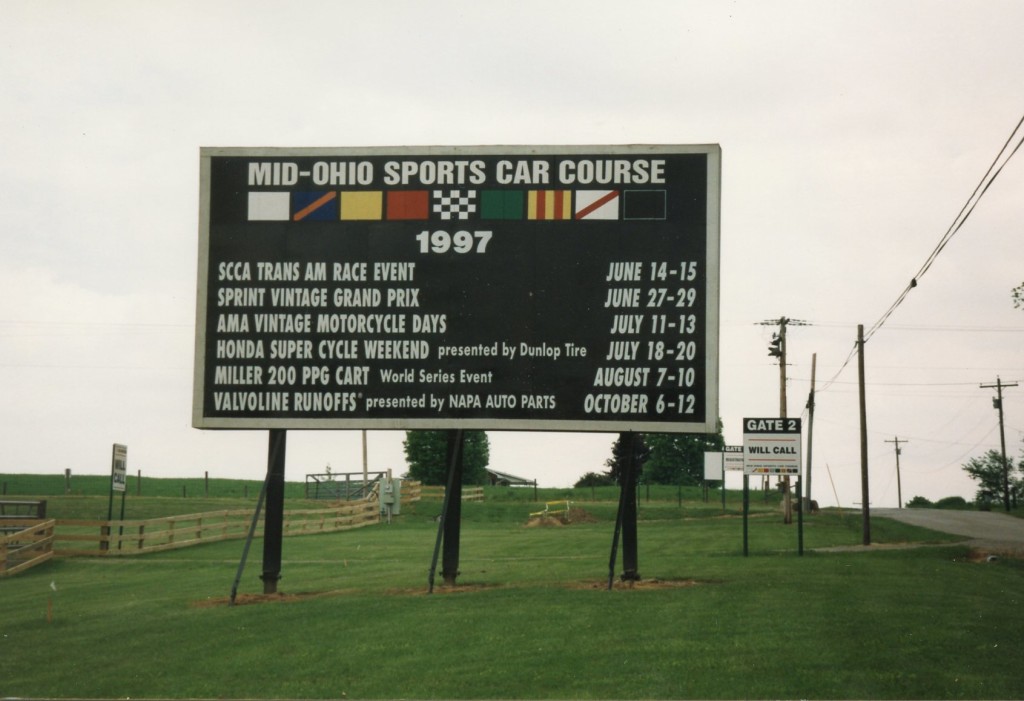 The event I attended in September, 1997 wasn’t even listed on the track’s schedule board. 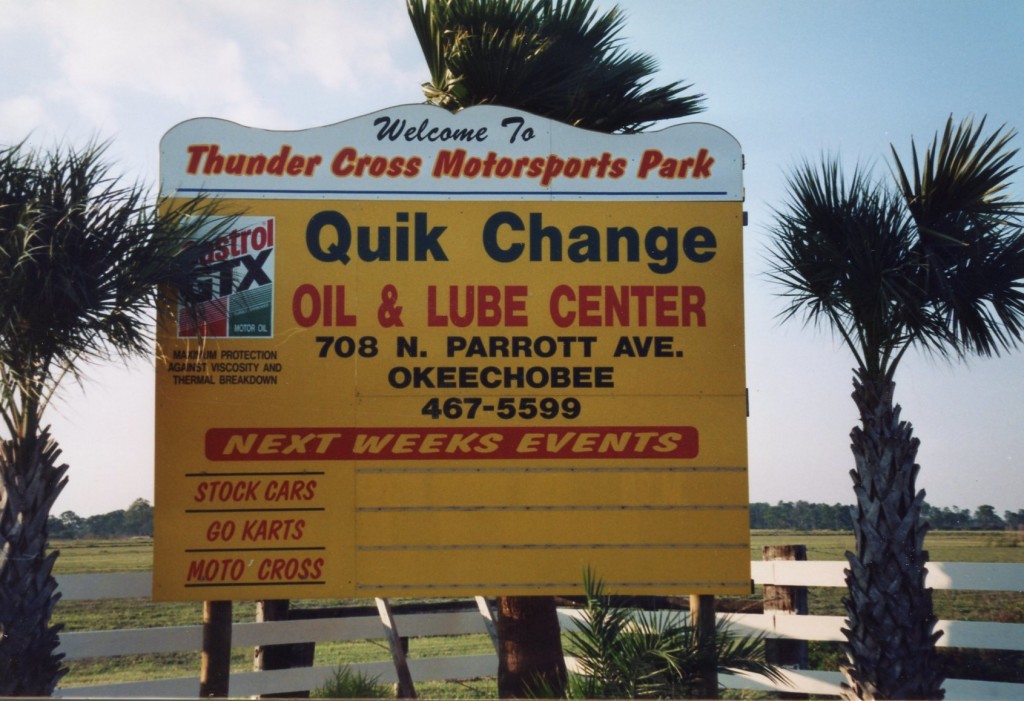 I opened the 1998 season in a place called Lake Okeechobee. 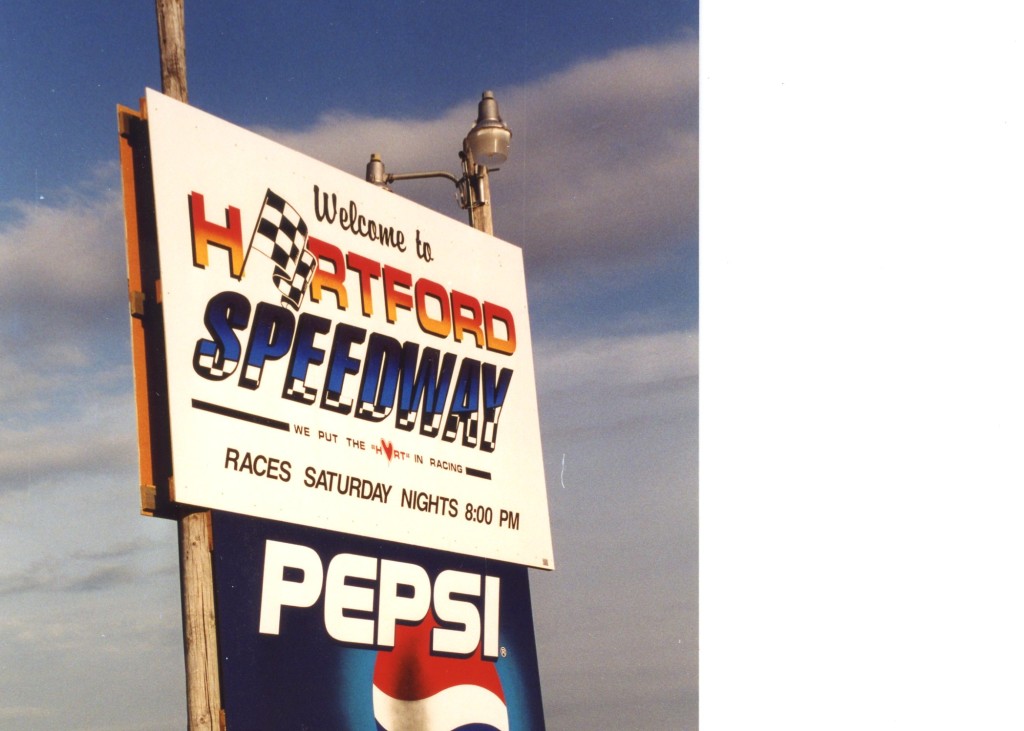 This is definitely one of the racier tracks in the Upper Midwest. 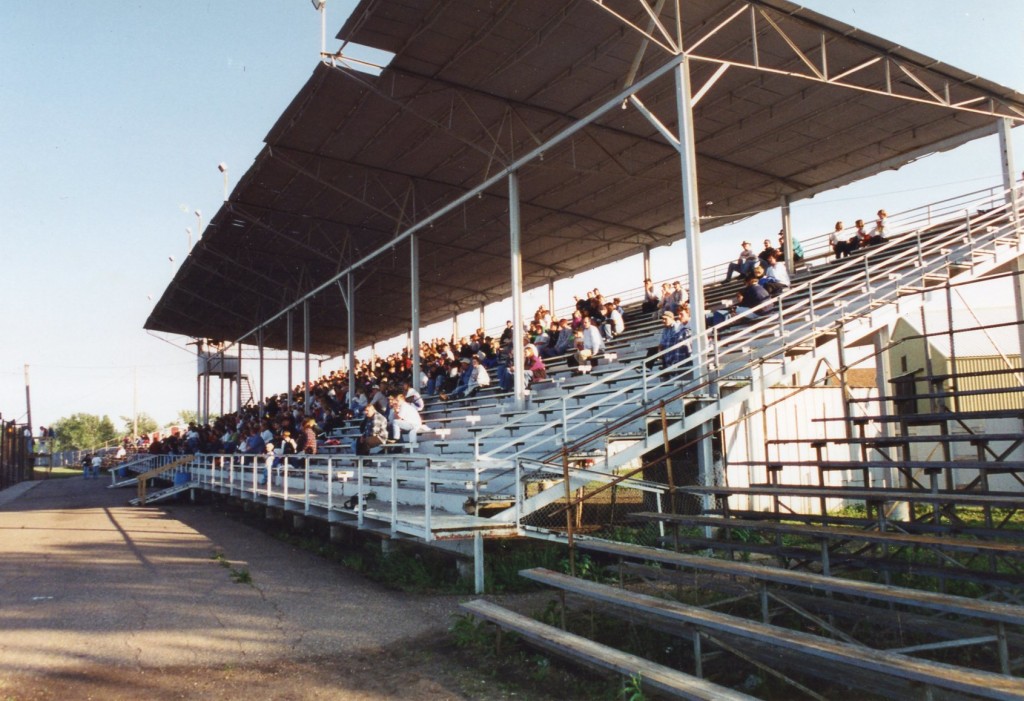 This is a typical Minnesota fairgrounds set-up for spectating. 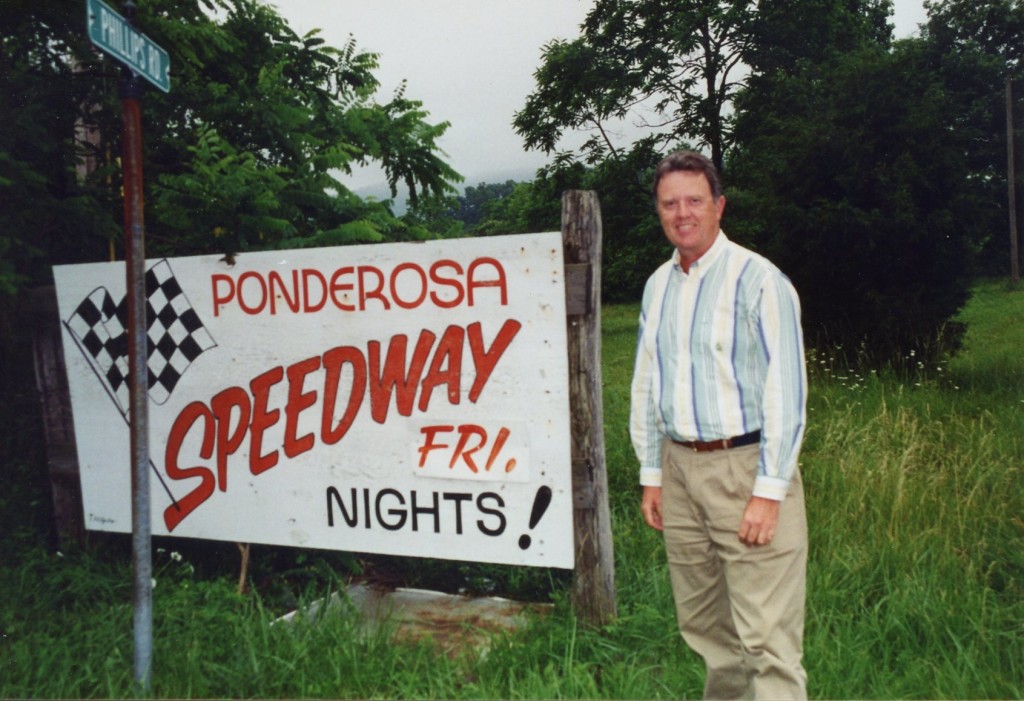 Ponderosa Speedway raced on Friday nights. I have long since run out of most Friday night trackchasing opportunities. 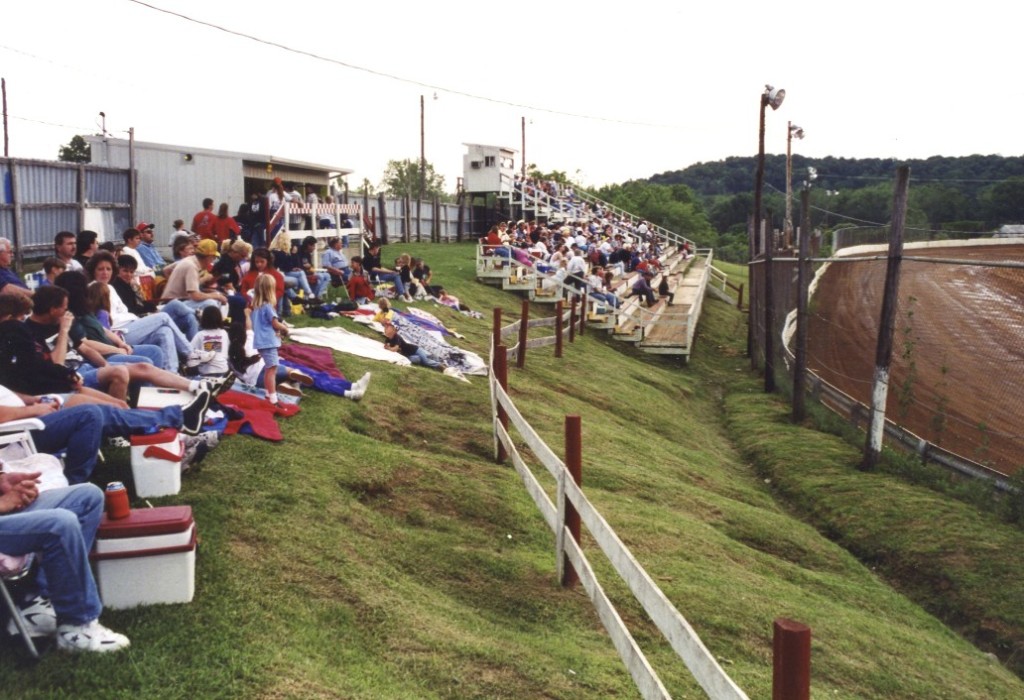 How many people have been to Loogootee, Indiana? I have! It’s the Martin County Speedway. 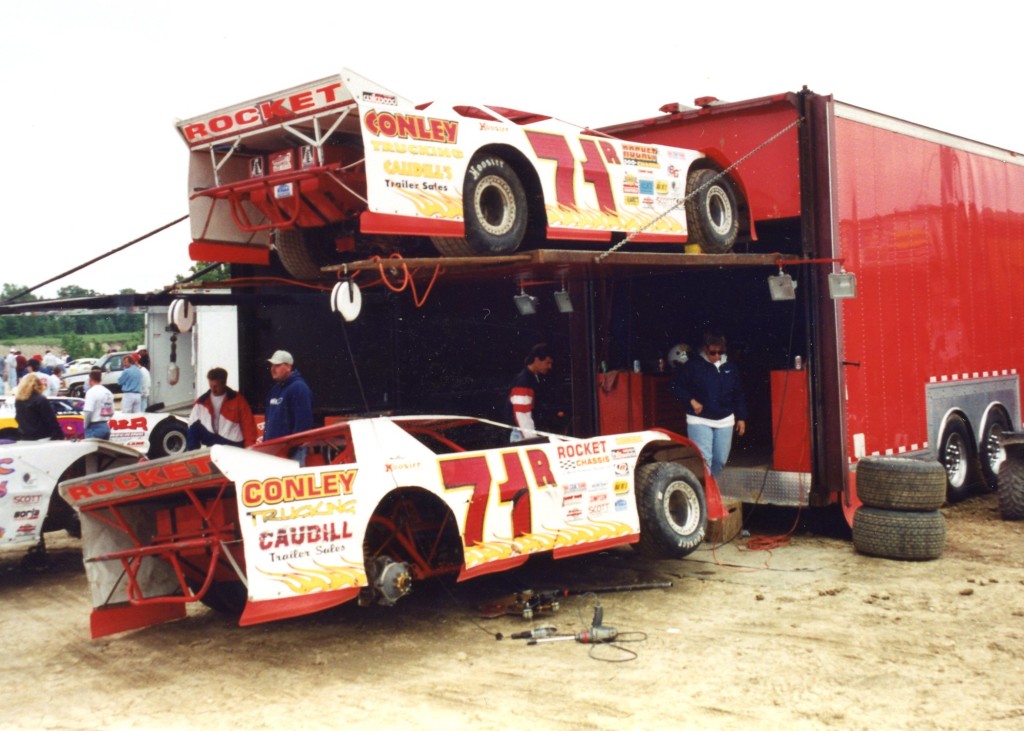 During many of my trackchasing trips I go “racechasing”. I love to roam the Eldora pit area during one of their big stock car shows. 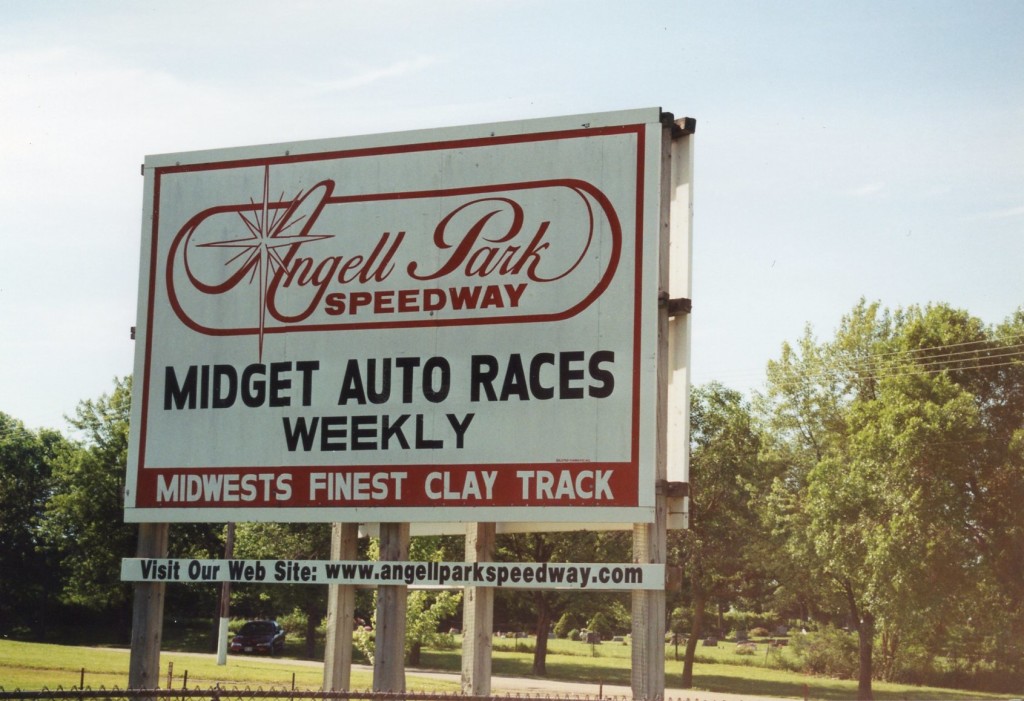 Some tracks are just special….Angell Park Speedway is special. 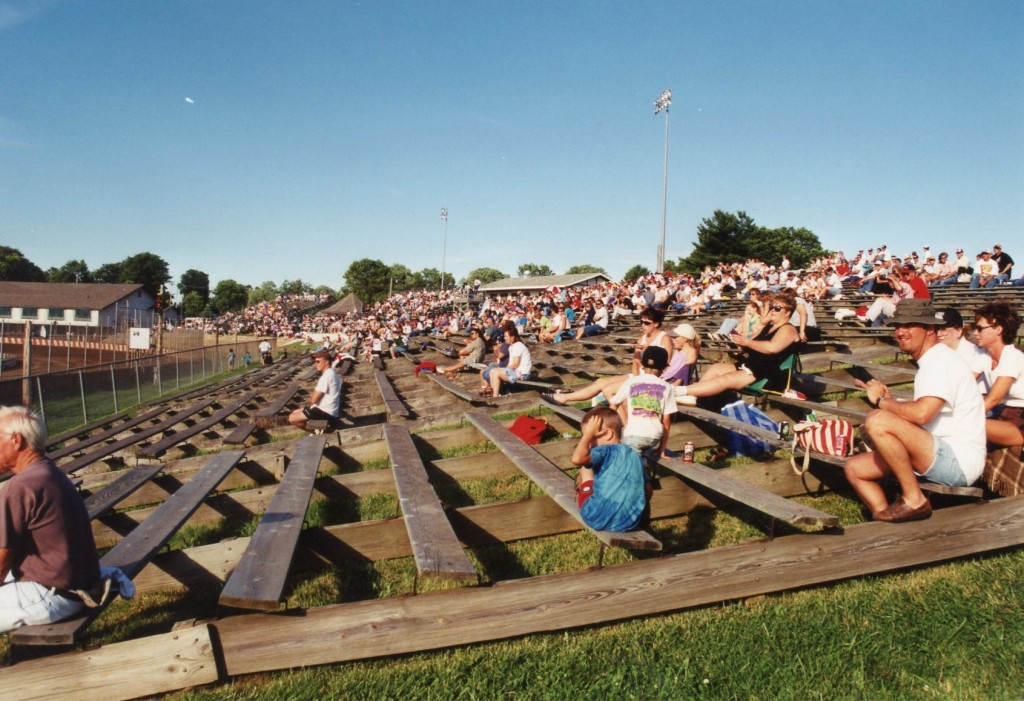 Angell Park can fill these grandstands too. 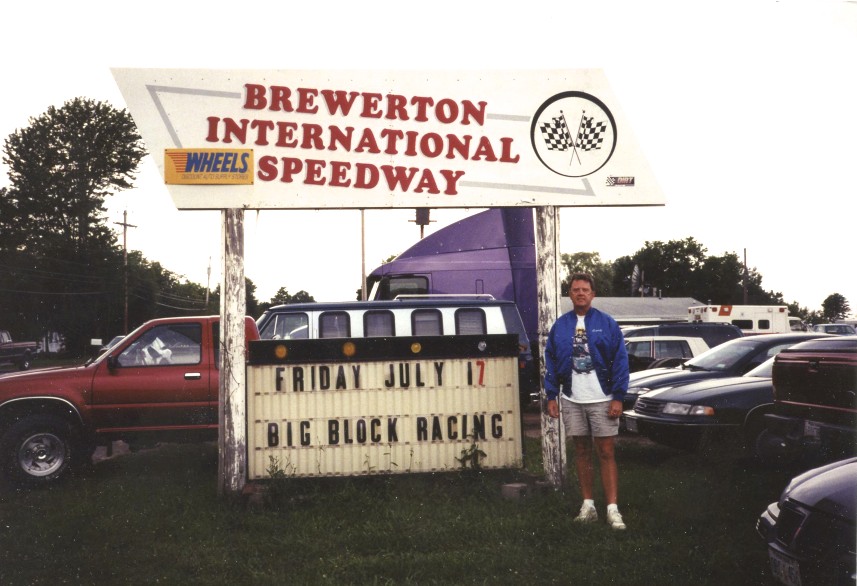 You’ll rarely see me at a track not wearing shorts. I like the D.I.R.T. modified racing offered in the East. 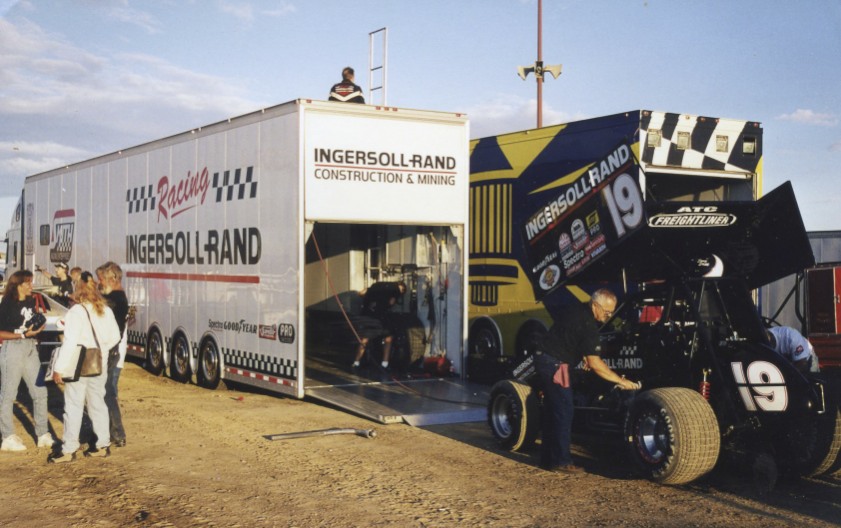 The World of Outlaws don’t pull their rigs into Wyoming that often but they did on this Tuesday night in August, 1998. 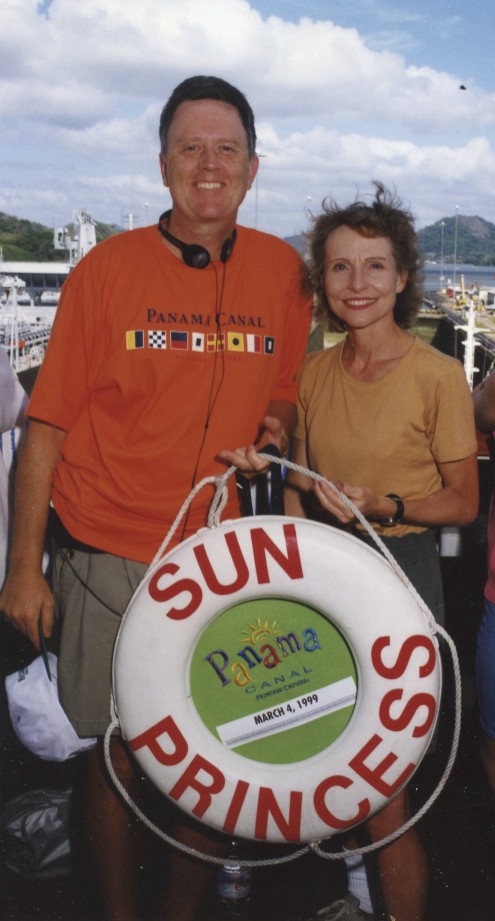 Carol and I have always tried to get away a few times each year like we did on this Panama Canal cruise. 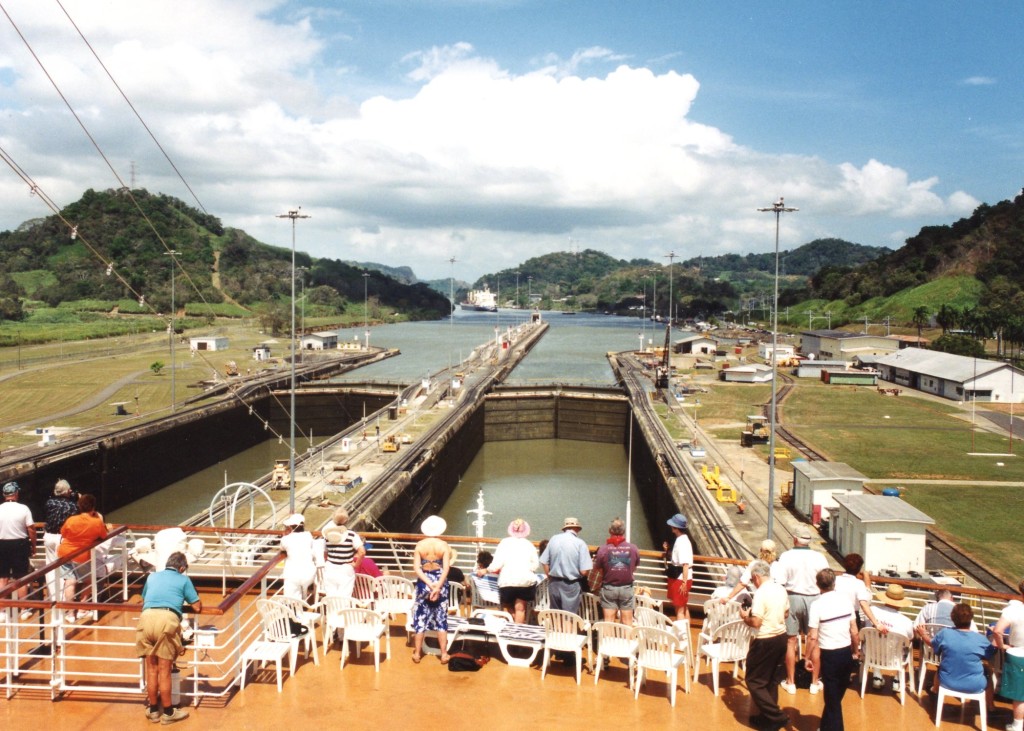 I still have not seen any racing in the country of Panama. I guess just crossing through the Panama Canal will have to do for now. 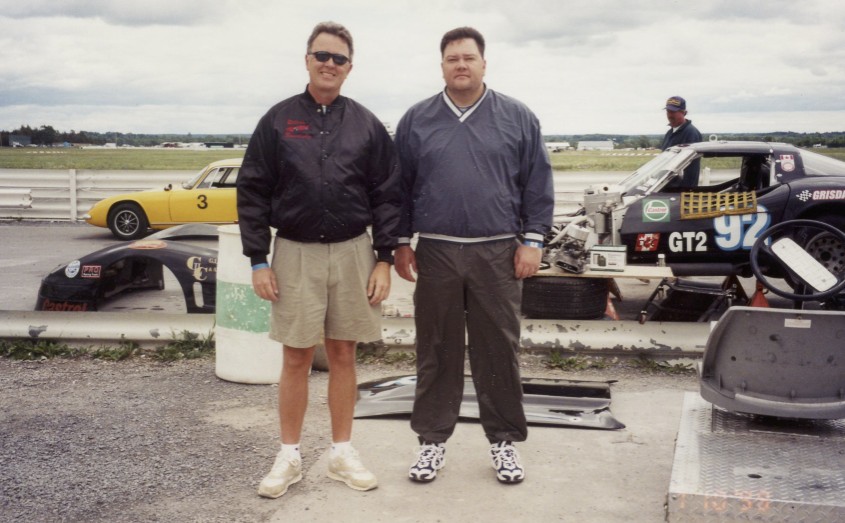 My brother Mark joined me at the Shannonville Road Course.

At this point in 1999 all of the five family cars sported a similar paint scheme. 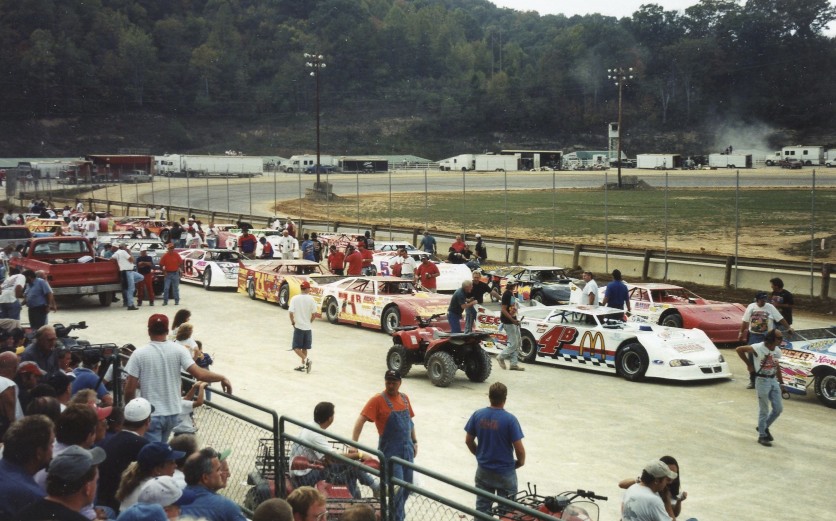 This was a huge late model event down in a very rustic part of Kentucky at a track that didn’t last long. 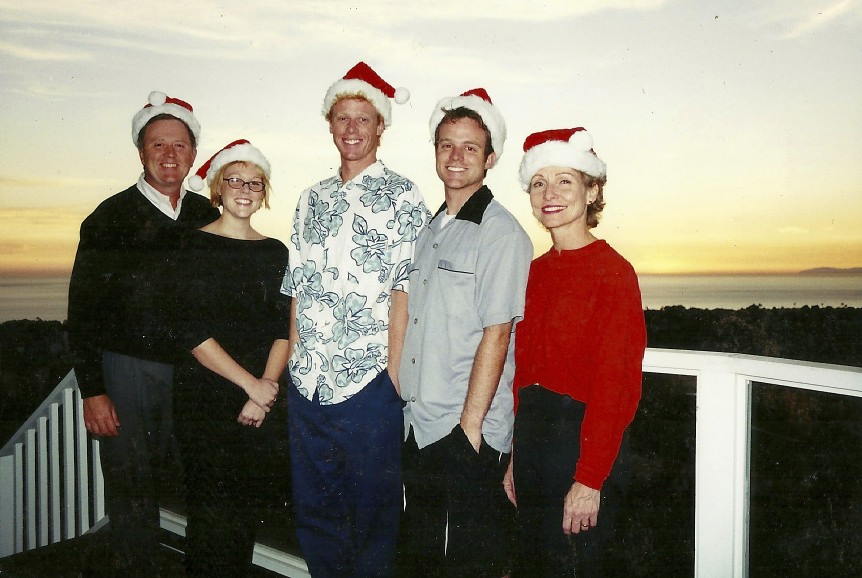 Living in San Clemente we get some pretty nice winter sunsets. 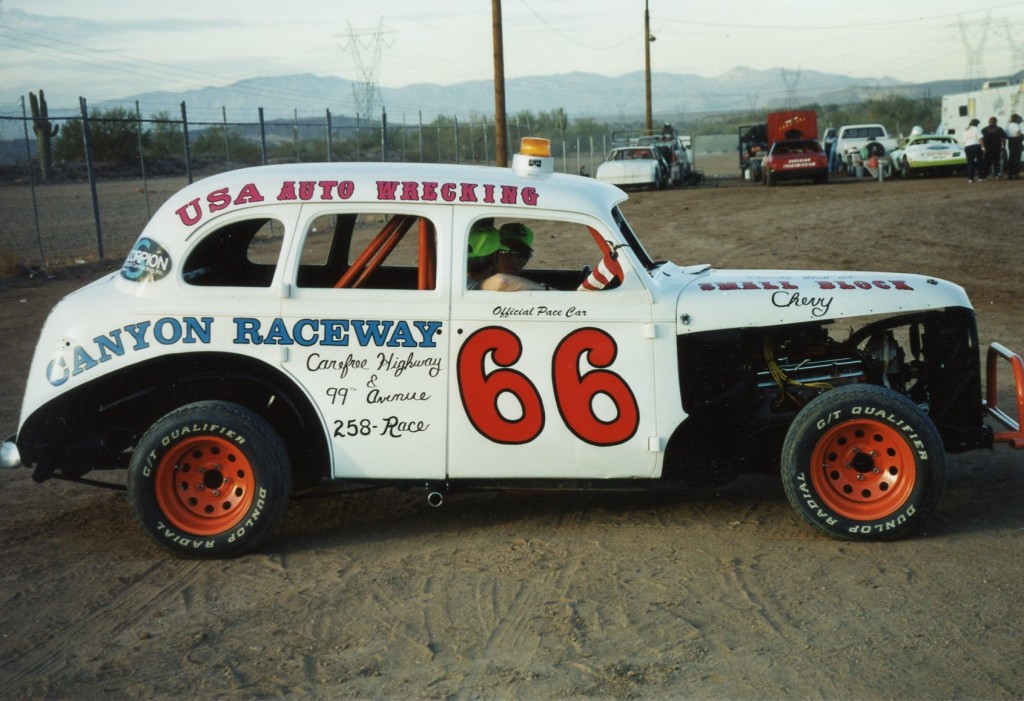 I start most trackchasing seasons in warm weather climates. 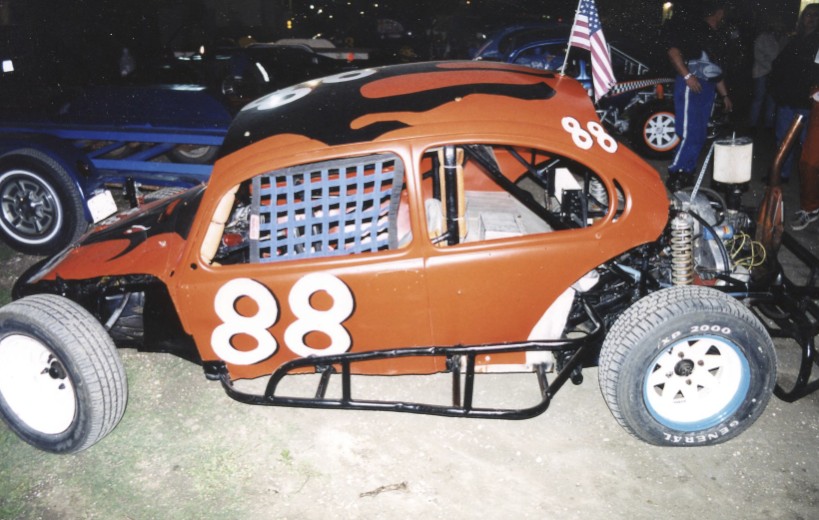 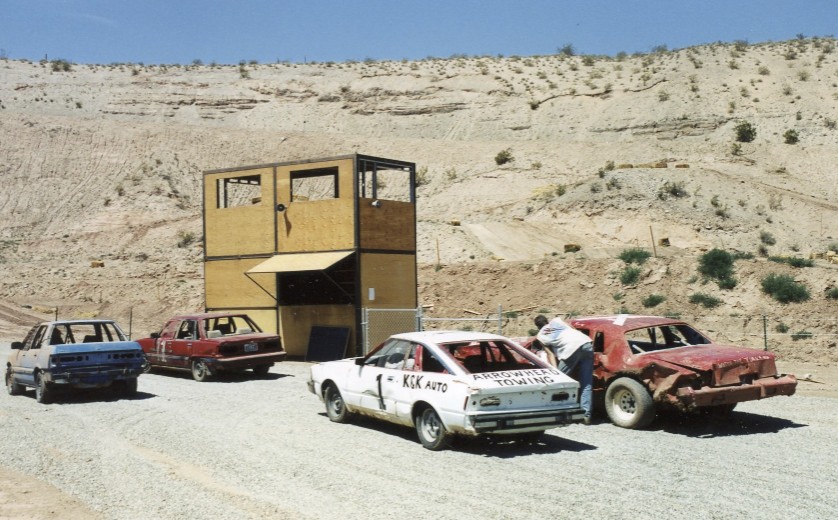 The Mesquite Raceway was a short-lived effort right on the border of Nevada and Arizona. 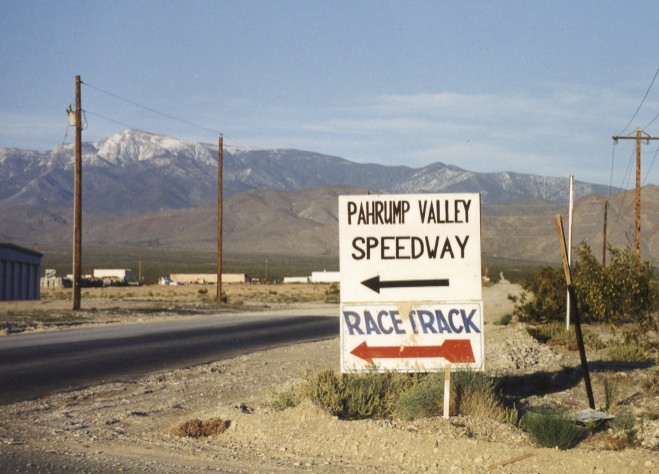 Check out the snow-covered mountains in the background. 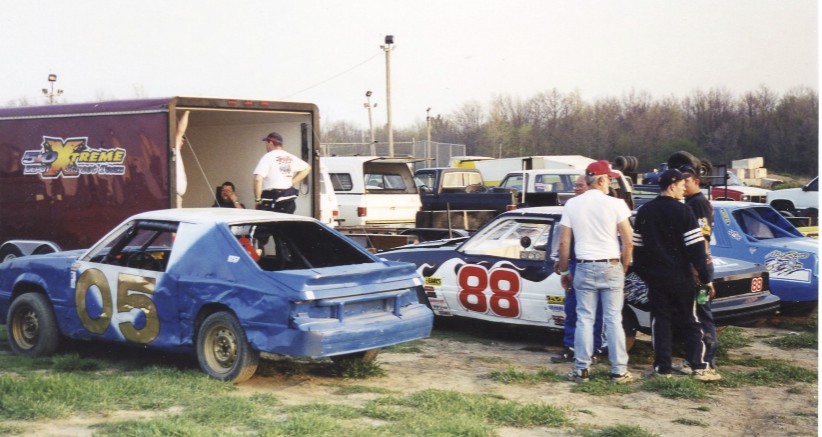 My first visit to the Ohsweken Speedway was in 2000. This was the site of my first ever trackchasing interview. I returned in 2013. They run a great program here. 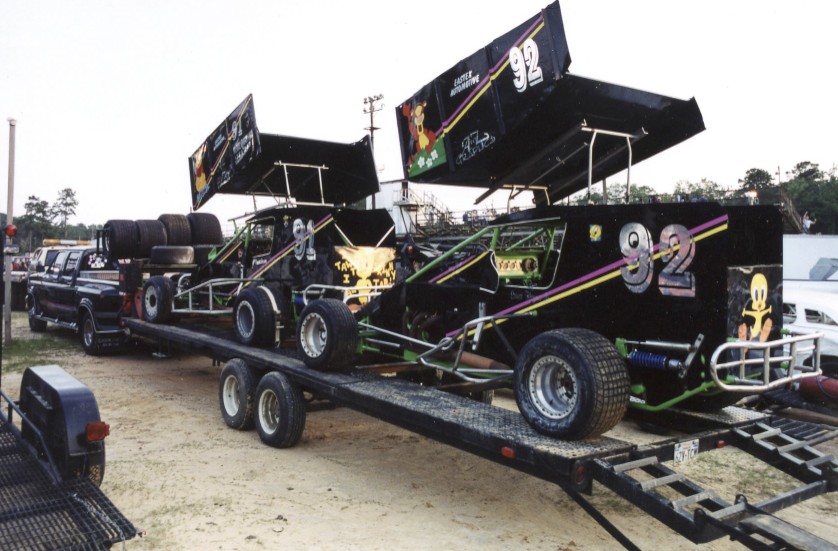 Super mods are popular in this part of the country. 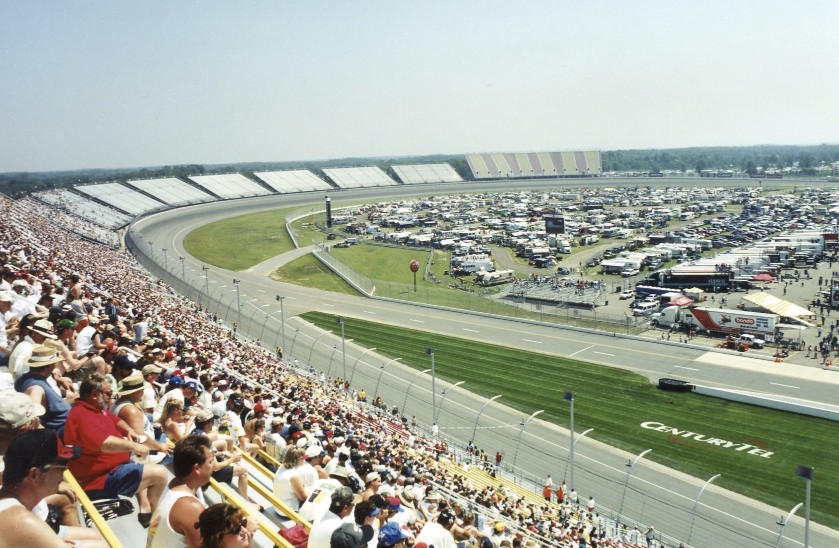 I was up to what was then called Michigan Speedway for the IROC races. 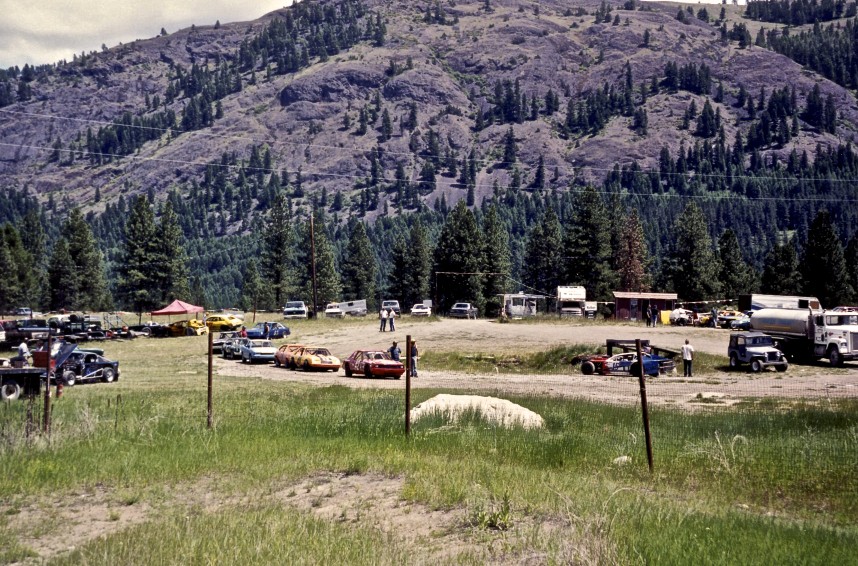 This was one of the prettiest and most rural locations I had ever visited. 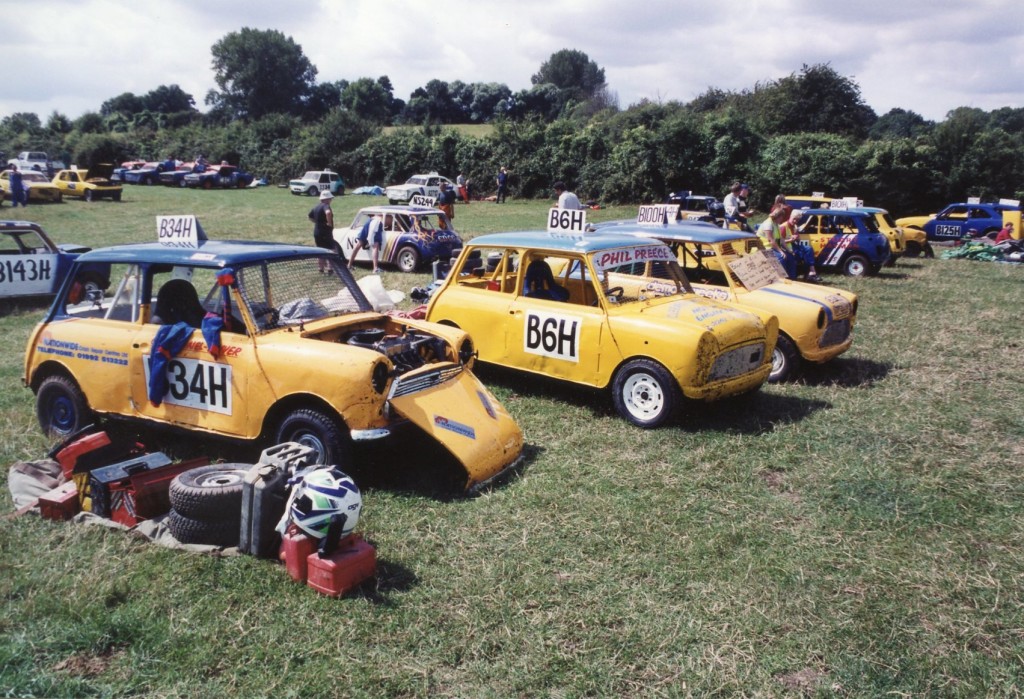 This was a special track. I drove my first ever race at Hilltop. I was even awarded a ribbon for my efforts.