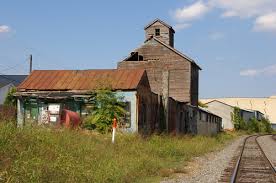 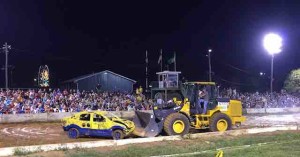 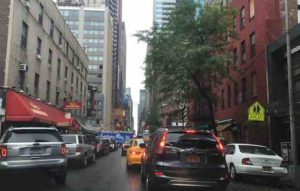 How many people in New York City did this today?

We woke up this morning in New York City. We went to bed in Washington D.C. In the meantime we took a side trip out to the very rural Berryville, Virginia area.

I wondered about one thing. How many people who woke up in Manhattan this morning might be going to the county fair figure 8 races in rural Virginia. Could the answer be just two: Randy and Carol?

Berryville is only about 10 miles from Martinsburg, West Virginia. You might recall that just five days ago Martinsburg was the first stop on Carol’s trackchasing agenda for this part of the trip.

Today was day #37 of my 56-day “Long and Arduous Mega Trackchasing Summer Tour of 2015”. You might be wondering if I would want to cut my trip short after being on the road for so long.

Are you kidding? Quite the contrary. I am considering extending the trip by a week! I figure if I’m already out here “I might as well make hay before the snow flies”.

New York in the rain….without an umbrella.

This morning in New York City we awoke to a gentle but steady rain. Our plan was to have breakfast at a restaurant the hotel concierge had recommended upon check-in.

However the restaurant, located at the corner of 53rd and ninth, was about five blocks from the hotel. Under dry conditions that would’ve been an easy walk. However in a steady summer morning rain the walk wasn’t all that difficult but it was a wet one.

I did have my Tilley brand wide brimmed golf hat. I wear that to keep the sun’s rays off my lily white skin. That was the only protection I had against today’s rain. By the time we got to the restaurant I was wet. I learned my Tilley golf hat is not waterproof. My blue suede deck shoes aren’t either!

Nevertheless we had a nice breakfast with many New York locals. Soon we were back to the Belvedere Hotel having our car retrieved from wherever they had parked it over the past three days. The only thing that was REALLY expensive for our New York trip was the hotel parking at $45 per day.

Off to Virginia via the Lincoln Tunnel.

Then we were off for our five-hour drive down toward Berryville, Virginia. Although there is a $14 charge to take the Lincoln tunnel into New York City there is no charge to take this very same tunnel out of the city. Go figure. I guess that averages out to seven dollars each way, which isn’t all that bad in New York City economic lingo.

I toyed with the idea of going with a “no tolls” option with my Waze GPS. However in the end I just decided to “pay the piper” and stay on the mainline roads. 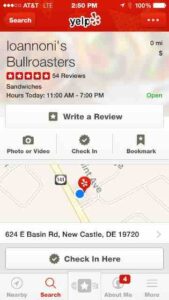 Where would we be without Yelp!

We used Yelp! to discover a five-star rated sub shop in New Castle, Delaware. The place was uniquely named: Ioannoni’s Bullroasters. They did a nice job of serving me a breadless Philly chicken cheesesteak. The hot ticket appeared to be the chocolate peanut butter cake. However, my latest food discipline allowed me to take a pass on this after looking at it longingly in its refrigerated case.

I consider every meal I eat on the road to be sacred. I don’t want to waste any eating opportunity for just “run of the mill” eating stations. With Yelp! and the recommendations provided by their members I am rarely disappointed. Of course, I offer my reviews on restaurants and lots of other establishments I frequent.

I have long felt the United Kingdom Welcome Centers are the nicest highway rest areas/shopping centers/culinary offerings for the highway traveler in the world. Have you ever stopped in one?

Today we stopped at the “Maryland House” along Interstate 95. This has to be the best “Welcome Center” equivalent I have ever seen. It is definitely the best highway rest area I’ve seen in the states. Congratulations Maryland! 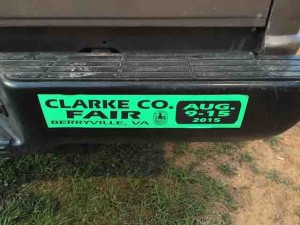 For some odd reason tonight’s figure 8 racing at the Clarke County fair was scheduled to begin at 8:30 p.m. That seemed like a rather late start. I called the fairgrounds to find out why they were racing so late into the evening.

O.K. I guess I can see their point.

The man I talked to told me there had been two start times published for the event. One start time was 8:30 p.m. The other was earlier. They figured they couldn’t start at the earlier time because some people might show up at 8:30 p.m. and miss the show. That’s how they got to the 8:30 p.m. starting time! I’m a big believer in always asking “Why?” If you don’t you will never know the real reason things are happening. 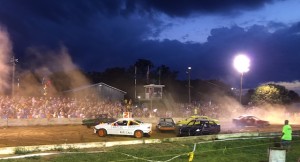 Let’s get to the racing.

The Clarke County fair was on the smaller side. From what I could see they had a nice carnival, no animal barns and a dirt ring for tonight’s figure 8 demolition derby. Carol and I dined on barbecue sandwiches and hamburgers. Everything was most recently priced and very good.

Parking and admission to the fair was just seven dollars. A series of wooden bleacher grandstands lined the dirt “ring”. For the most part the place was sold out.

Tonight there would be three seven car heat races. There was only one division of figure 8 racers. They were all four-cylinder junk stock cars. 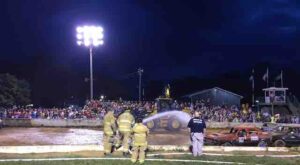 Wow! I had never seen this.

I will say this. I have never seen so many hard hits at the “X” in my life. It looked like a demolition derby. In point of fact at one point I thought it WAS a demolition derby. No, demo derbies do not meet let alone exceed trackchasing’s current rules.

The announcer, a rather outspoken man, vacillated back and forth between saying there were “X” number of laps left in the race and or “if two cars were left running” the race would end.

Actually this is not an unusual practice in oval track racing. There might be four cars starting a race but if two or three of them drop out the number of laps will be decreased so the crowd doesn’t have to sit through a 15 lap “feature” with only one or two cars racing.

In the third heat it was confirmed we were watching figure 8 racing and not just a demolition derby. That race had four cars still running as the announcer began his lap countdown from 3 to 2 to 1. This meant the Clarke County Fairgrounds would go down history his track number 2,147.

We had not seen any yuppies at the fair.

From Berryville, Virginia it was an hour and a half drive over to Washington D.C. We would be staying at the Priceline.com acquired Savoy Suites Hotel in Washington D.C. itself. THAT got me to thinking. We were obviously in a yuppie lined Washington, D.C. neighborhood. Had any of these folks been to the county fair figure 8 races in rural Virginia? Again, my guess was zero. It was now midnight. Tomorrow was going to be a busy travel day for both Carol and me. 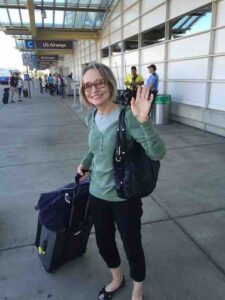 From Washington, D.C.’s Ronald Reagan Washington National Airport Carol would be flying to Los Angeles. At the same time I would be heading toward Columbus, Ohio to continue my 56-day trip.

Carol been on the road for eight days. In another ten days I will see Carol for eight more days. It’s an unusual lifestyle but it’s how we do it in the Lewis household. 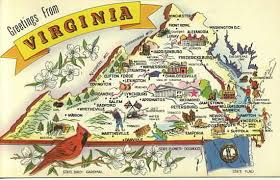 Virginia sayings: Tea. Translation: SWEET tea. Do not bring me sugar packets. I can add 50 sugar packets and stir it for 30 minutes and it still won’t taste right. I want it sweet from the start, preferable with the consistency of maple syrup just like my grandmother used to make it. 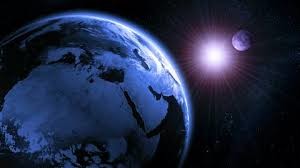 Click on the link below to see the “Video Plus” production from the Clarke County Fairgrounds.

Click on the link below for a photo album from today’s trackchasing day.  Double click on a photo to begin the slide show or watch the photos at your own pace.  Hover over a photo to read the caption. 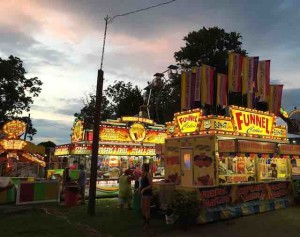