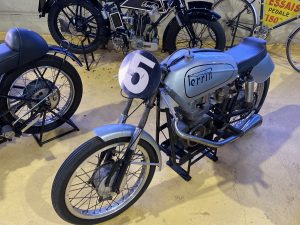 This is a rare museum that I suspect few of my U.S. based readers have ever seen.

I’m on the road nearly 200 days every year. Much of that time on the road is spent searching for new racetracks where I hope to get the chance to see their racing. There is a lot of flying and driving with my hobby. However, the racetrack visit only takes a few hours out of my day, usually at night. This allows me to see the local sights and attractions of whatever area I am visiting. 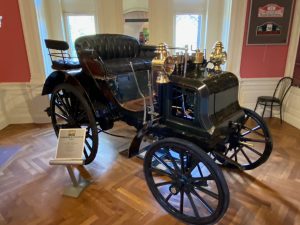 On this day, January 4, 2020, I had done a little bit of a Google search to see if there were any automobile museums in Lyon, France. The city did have its own automobile museum, the Musée de l’automobile Henri Malartre. I had about an hour and a half or two that I could stop to check things out there and I did. 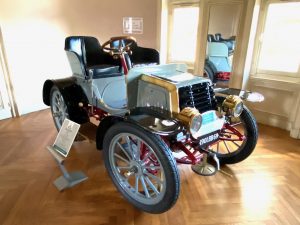 At first, I wasn’t sure if this was going to be much of a museum. I paid my six euro admission price and was directed to a large multi-story Château. The Château housed several vehicles from the turn-of-the-century. I’m talking about the turn of the century from the 1800s until the 1900s. 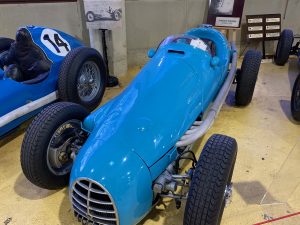 They had quite a collection of, “automobiles” as well as motorcycles and bicycles. All of the descriptions of these display items were in French. The lady who sold me my ticket also spoke exclusively French. It was only by luck as I was driving away from the Château that I noticed another building which was the highlight of the museum at least for me. I would strongly recommend that you take a look at my photographs from the Musée de l’automobile Henri Malartre museum. This was a rare find. I’m happy I stopped. 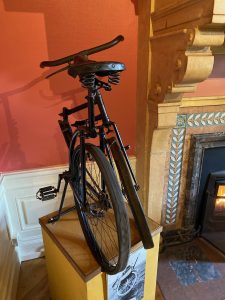 Some of my advance researched revealed this background on the Musée de l’automobile Henri Malartre museum. Little did I know that the original owner was a scrap metal dealer! 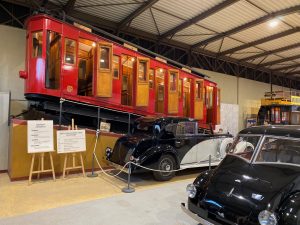 Scrap metal dealer Henri Malatre opened Musée de l’Automobile Henri Malartre in 1960 in a 15th-century castle. He had actually started his car collection in 1931 and took it up again after being deported during the war. The museum was bought by the Lyon city council in 1972. The exhibits include at least 150 cars, some of which are unique, as well as motorbikes, bicycles and various forms of public transport (trams, funiculars and the like). The collection goes back to the first steam cars in 1890, Panhards in 1898 and through to modern sports cars (MacLaren and Maserati). 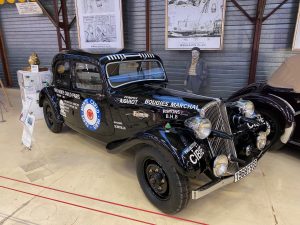 Click on the link below for a photo album from today’s visit to the Musée de l’automobile Henri Malartre.  Double click on a photo to begin the slide show or watch the photos at your own pace.  Hover over a photo to read the caption.