You are here: Home » Blog » Featured Post » 2020 Presidential Election….this is what the polls are saying

2020 Presidential Election….this is what the polls are saying

Who will win the 2020 presidential election?

Can the folks from Randy Lewis Racing REALLY accurately predict who will win the 2020 presidential election? Here’s how we see it. We’ve got a 50% chance! Remember, it’s easy to forget. This post is about polling, not politics.

Please use the dropdown menus for each topic that interests you. 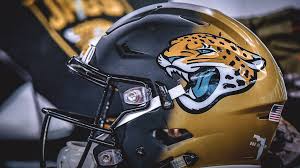 I used to love betting on sporting events. I could take the most off-the-wall game that I had no interest in, something like the Jacksonville Jaguars playing the Tennessee Titans and place a wager. If I bet on the Jaguars I instantly became a huge Jaguar fan and vice versa. I don’t bet on games much anymore.

I’m pretty sure you will not find a more apolitical individual than me. Nevertheless, I am intrigued by the outcome of the upcoming 2020 presidential election. That being the case I’m going to share some information with you that I get from a smartphone app called “PocketPolls”.

Before I go any further I will accept the fact that Democrats essentially hate Republicans and Republicans essentially hate Democrats. I’m not trying to change that. Hate on brothers and sisters. I’m just acknowledging that as fact. Some folks might challenge the word “hate”. They might prefer personal distaste, a distinct repelling feeling or whatever. I think hate covers most situations.

I know that each side spends most of their day criticizing and degrading the other party. Why? I guess just for the pure fun of it. In order to support one political party or the other that supporter has to denigrate any data that is supplied by the other side as being inaccurate, biased, distorted, and most likely all of those things. That’s usually until that data turns around and begins to support their point of view. It kinda goes like this, “The polls are bogus because they aren’t supporting my guy. I don’t believe ’em. Now the polls are tightening in favor of my guy. Yep. I believe in the polls”. Luckily, I guess, there are about 10-20% of the population who fall in between these two groups…..or outside these two groups. 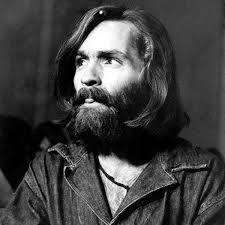 Below I will share the results from a variety of polling organizations. I don’t support or endorse any of these groups. I couldn’t tell you if Charlie Manson’s children are behind one poll or the other. I am simply sharing the information verbatim. The polls I am sharing were taken as early as August 3, 2020, 90 days before the election date. As we go along I will continue to update the various polls. That might be a hassle but it’s only for two more months. You can come to this page as often as you want to see what the latest results are. I’m sure some will look at the polling sources and yell at their computer screen, “I wouldn’t believe those #$^#&$ for a New York minute!” While at the very same time another reader is looking at the same poll results and nodding their head yes as if to say, “That sounds reasonable to me”. 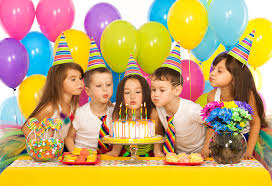 I actually happen to believe in polls in general. I figure if I asked a group of my friends how likely they were to come to my birthday party most of them would be willing to answer that question. If I asked all likely attendees if they preferred chocolate cake or vanilla cake (I would pick vanilla and probably wouldn’t even ask my quests this question) I’m pretty sure they would tell me their choice. Are people too shy, once they are asked a question to tell a stranger who they would vote for as their presidential choice? I don’t think so. I base this on just returning from a five-day, five-state tour of the midwest. It seemed as if every other lawn had a political sign touting their favorite. Yes, I believe in the presidential polls…in general…regardless of which candidate they might be in favor at the time the poll was taken.

I know that lots of people are fond of saying the polls got it wrong last time and they normally get it wrong. I don’t really support that kind of thinking. If I were running a polling organization I would like to make my results as accurate as possible so that somebody might hire me based upon my expert polling capabilities the next time around.

Below you will see how Randy Lewis Racing is projecting the outcome of the race. Please….save your “I told you so messages”. This is based upon the most current polls. They may change a little or a lot and not at all in the coming days and weeks. If the polls change from one candidate to another then I will change my prediction. I am just projecting the results of all available national and state polls that appear in my PocketPolls app.

1. I will first list the projected electoral votes for the 2020 election by candidate. This is based upon the 2016 election results and current polling. From here you will see exactly who Randy Lewis Racing expects to win the election….now. However, if the polls change RLR can and will change their prediction.

2. The national polls are next. I’ll take an average of all national polls always deleting any “old” poll by one pollster who has published a more recent poll. No double counting. I’ll keep the numbers from all polls since August 3, 2020 (90 days before the election) up to the most current so you can see the results from each pollster. That way you can get an apples to apples comparison (changes in the poll…from the same pollster, etc.). Trust me, only the most recent results from each pollster are included in the results. You can trust ME, right? I’m the most apolitical person you know.

3. This section includes the state polls. Same rationale as the national polls.

4. Next is a table that shows the popular vote percentages for each candidate from the 2016 election.

Some states are already pretty well decided. About ten others are still in the undecided category. I’m using the current polls to allocate those electoral votes to whichever candidate has the current lead in that state in the most current polls.

If one political party won a state by more than 5% in 2016 I’m giving them credit for that state to carry in the 2020 election. When the 2016 results were somewhat close and/or the polls are somewhat close now I’m throwing that state in the undecided category.

I think it might be kind of fun to look at this ongoingly and just see how close these prognosticators come to do the actual results.

I do know that Hillary Clinton won the popular vote in the 2016 election by about 3 million votes. I did some research and found 38 different polls that were projecting the results the week before the 2016 election. On average Clinton was expected to win by 2.7%. I don’t know if those projections were for the popular vote or simply to win the election outright. Probably to win the election. A variance of 2.7% doesn’t seem like much to me, certainly not a landslide. On the other hand, President Trump won three different large states (Pennsylvania, Michigan and Wisconsin) by a total of 77,000 votes. It’s pretty amazing that in a country with 350 million people (about 136 million people voted) the fact that if about 40,000 people have voted for the other candidate the electoral college results would have been different. Did the 2016 pollsters really get it wrong? It’s true they didn’t pick the winner. But in reality, the polls didn’t seem to be off by very much to me….if 40,000 people vote the other way the polls were right…..but 40,000 people voted for who they voted for….so the national polls were wrong.

Again, I am not providing this to support either candidate. I told you I was the most apolitical individual that you know and I am.

You can leave a message on this post. However, if I deem it to be political, and my stuff is never about politics, I will simply delete it. Feel free to rant and rave in personal messages to me. I can take it.

I wish good luck and good health to each of the 2020 presidential political candidates. The future is impossible to predict…but polls might help with that. Heaven forbid if one candidate or the other tests positive for COVID-19 before the election. I wouldn’t want to be the campaign manager who gets to share that information (or not!) with the public. I do know this. It’s my saying of the year. “It doesn’t matter what people read, see or hear…it’s what they think and want to believe”.