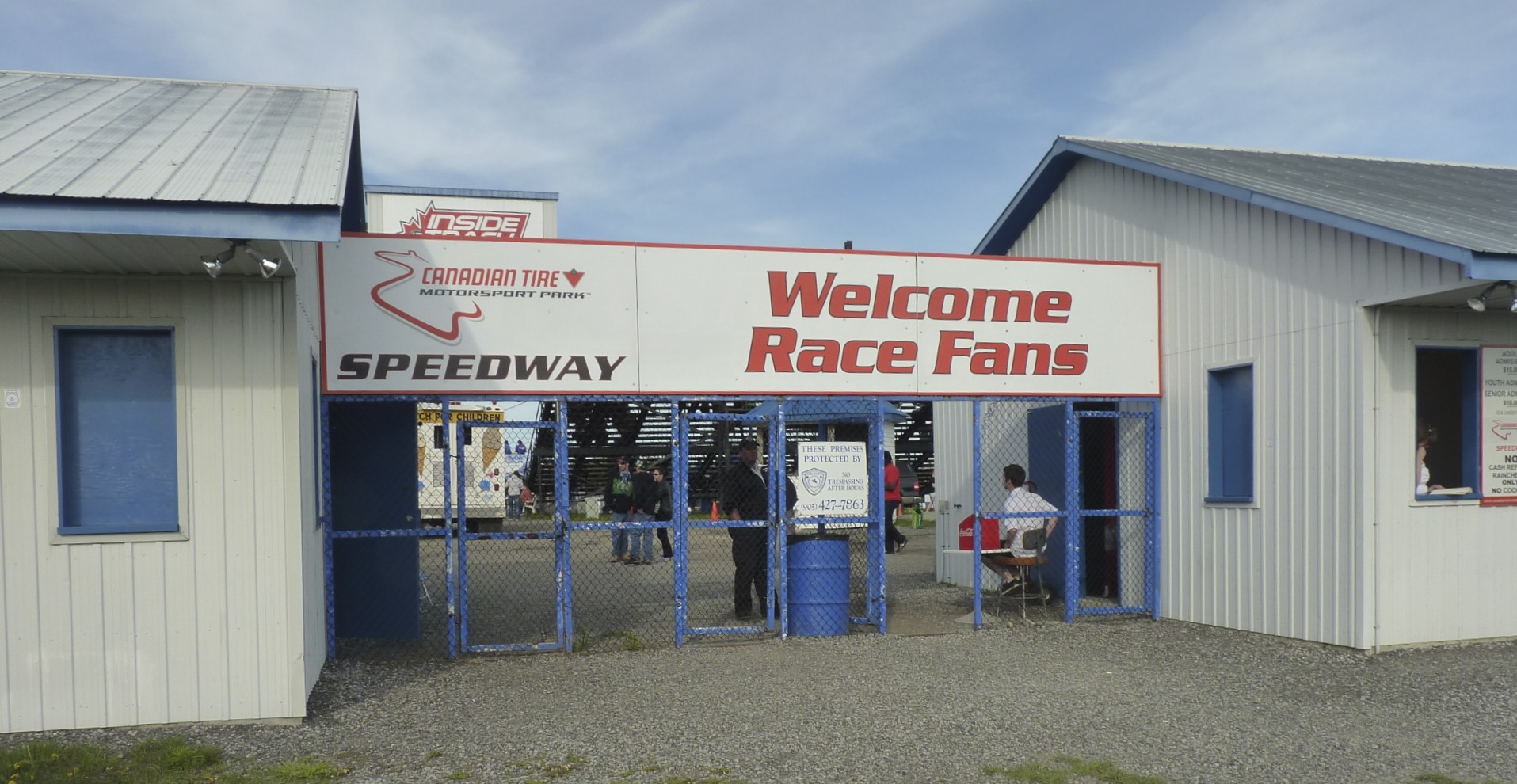 THE KEYS TO THE TRIP

Why doesn’t Carol cut the grass OR that Carol is a really smart cookie……………..more in “Race Review”

I’m a Canadian for the weekend………..details in “The Plan”.

Did you know I was a Canadian for this weekend, eh?

I’ve made my trackchasing “living” acting like a “local” trackchaser.  What do I mean by that?  I live in Southern California.  There are almost no racetracks within a day’s drive of my house.  In order to be a trackchaser I must fly to a particular location for the weekend.
This weekend I flew to Toronto, Canada.  After I arrived I pretended to be a lifelong resident of Toronto for trackchasing purposes.  What did that mean?  It meant that I would use Toronto as a base, just as if I lived there, for the weekend.  I would stay in the Toronto area, drive out to a track somewhat nearby and then return to Toronto after the races.  I would do that for all three days of my stay in Toronto.  I wouldn’t have to drive much.  At the end of the weekend I would have added four tracks to my lifetime totals.
I’ve been using this plan for well over ten years in the 50 biggest metro areas of both the U.S. and Canada.  However, my success is beginning to catch up with me.  This weekend I knocked out three more regularly scheduled oval tracks.  This leaves me with just TWO weekly scheduled tracks in all of Ontario left to see.
I have now seen 53 tracks in Ontario.  This total comes mainly from the weekly oval tracks and the plethora of county fair figure 8 tracks here.  It’s going to be difficult putting together 3-4 track Ontario weekends from this point forward.

Will I make my year long exercise goal?

I woke up this morning in Mississauga, Ontario, Canada.  I went to bed in the same place.  This is what today looked like.
It’s a real luxury to be able to stay in the same hotel for two straight nights.  I can sleep in until I wake up.  Not having to drive a long distance is a real plus.
I spent part of the day trying to improve on my aerobic exercise goal.  Remember I’m trying to exercise three times as many days as I trackchase.  In order to meet each exercise goal I must exercise aerobically for a minimum of 45 minutes.
Including today I have trackchased 25 days so far in 2013.  In order to meet my trackchasing exercise goal I would need 75 aerobic exercise sessions.  I haven’t quite made that number yet but I’m gaining on my less than stellar first quarter results.  I’m not giving up on making this goal.
Continuous improvement…the only way to live life.
In mid-afternoon I headed out toward the day’s “Trackchasing Tourist Attraction”.  I’ll tell you more about that below.  It’s nice to be able to use the Google Maps! function of my Apple iPhone.  I loved my Garmin GSP unit.  However, my iPhone capability blows away the production of the Garmin.  That’s what life is about….continuous improvement.

The day’s “experience” came from my Trackchasing Tourist Attraction activity.  Without further ado let’s take a look in the “Attractions” area.

I very much enjoy the racing when I go on trackchasing trips.  However, I am not the type of person who would feel the trip was complete if I simply left home, went to the race and came back home.
I do a good deal of traveling.  I want to do my best to see the local area when I come for a visit.  There are usually unusual attractions that one area is noted for more than any other locale.  I want to see those places.  I want to touch them and feel them.  When I leave an area, I want to have memories of these special places that I call Trackchasing Tourist Attractions.  I will remember those experiences long after the checkered flag has fallen on whatever race I have seen that day. 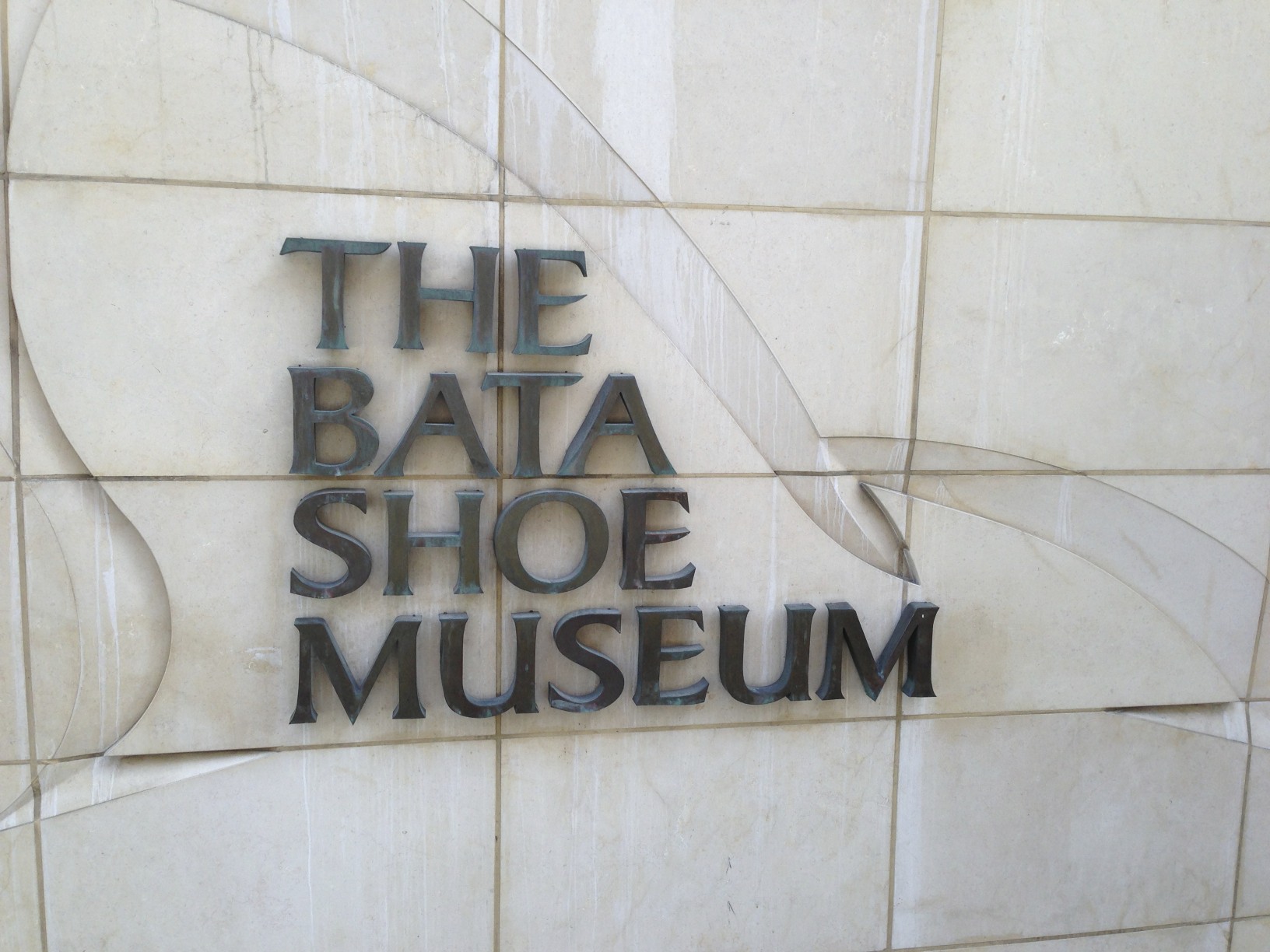 The Bata Shoe Museum – Toronto, Ontario, Canada
What else could I see in Toronto?
I, often along with Carol, have done a lot of touring in and around Toronto.  We’ve take a guided tour of the Toronto Blue Jays’ home field at the Rogers Centre.  I’ve seen the Jays play the New York Yankees there too.  We’ve tour the National Hockey Hall of Fame Museum in downtown Toronto.  During that visit we actually had our picture taken with the Stanley Cup!  Of course, we’ve toured the famous CN Tower and eaten in several of the best restaurants in the city.  If memory serves we’ve also seen a play in Toronto.
And now previewing at #40…..
So, with a free afternoon, what kind of TTA could I visit in a city I’ve been too many times?  I didn’t know where to go.  So, I checked out TripAdvisor.  Soon I was headed to the Bata Shoe Museum.  The Bata Shoe Museum ranked #40 out of 244 attractions.  The Toronto symphony was #1.
Number 40 was good enough for me on a Saturday afternoon.  The museum, located across the street from the University of Toronto, was easy to find.  The $14 Canadian admission price seemed a bit steep but you can’t take it with you.  I was too “youngish” to qualify for the senior discount.
Luckily, for me they were having a special “sneaker” exhibit.  Everyone wears some form of athletic shoes today.  I rarely wear anything else.  However, as a boy I can’t recall getting my first pair of athletic shoes until I was in high school!  I do remember running around the block for exercise as a kid in black LEATHER street shoes!  Oh, my.
The Bata Shoe Museum can be seen pretty well in an hour or a bit more.  The highlight was seeing Shaquille O’Neil’s size 20EEE shoe.  The signboard said he would later wear a size 23 after he stopped growing.  Seeing Winston Churchill’s somewhat feminine boots was a treat.
I received my first pair of Chuck Taylor Converse All-Star basketball shoes for free as a high school basketball player.  Back then they were called “tennis shoes” although we didn’t play much tennis at the time.
Would I go back anytime soon to the Bata Shoe Museum?  Probably not.  However, I am committed to seeing as many interesting local attractions as I can on my trackchasing trips.  Who in their right mind would travel the distances I do to ONLY see what happens at a racetrack?