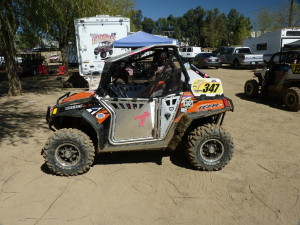 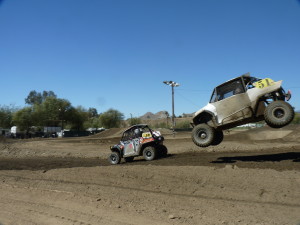 Rude behavior or a simple oversight? 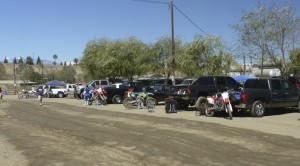 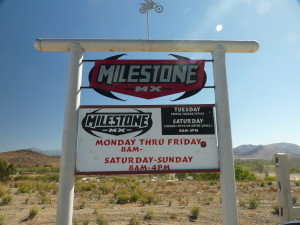 The discovery of a “new” type of racing.

I woke up this morning in Barstow, California.  I went to bed at home in San Clemente, California.  This is what today looked like.

It’s not very often that a trackchaser discovers a “new” type of racing.  With my visit to the Milestone Ranch MX Park racetrack I’ve done just that.  I’m talking about UTV (Utility Task Vehicle) or SXS (Side by Side) racing.

Of course SXS racing has been going on long before I stumbled across it.  I’ve even reported about it in Trackchaser Reports seen after today’s event but mentioned earlier.  From a trackchasing “countability” point of view it’s a “new” form of racing.  No one had seen racing like this before today’s event at Milestone MX. 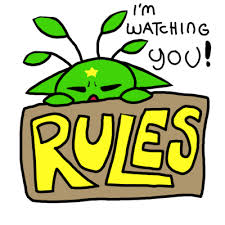 Why now?  Why not before?

Why wasn’t it counted before?  There are a few reasons.  In the past almost all SXS racing was done in the desert.  Long ago a “Randy Rule” was passed to effectively eliminate all desert off-road racing.  I won’t go into those details again.

However, “desert” racing has been moving from the desert to the stadium.  When that happens it’s called “Stadium Off-Road Racing”.  In the desert a racecourse can be and often is done on a “track” that can be 50 miles around.  Spectators can’t see much when that happens. 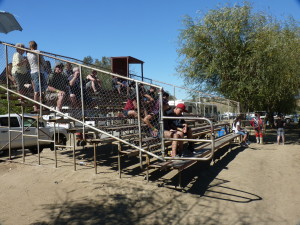 Moving from the desert to the consumer.

However, promoters of this type of racing sensed a need to get their product in front of the consumer.  With “Stadium Off-Road Racing” the fans sit in the grandstand and can usually see the entire course.

Much of stadium off-road racing involves pickup trucks and dune buggy type racers.  The SXS racing machine has long been associated more the ATVs (All Terrain Vehicles) and motorcycles.  Long ago the trackchasing powers to be banned ATVs and motorcycles from ever being counted in the world of trackchasing.  Why?  I can only guess.  I wasn’t in the smoke filled room shrouded in secrecy when the ballots were counted. 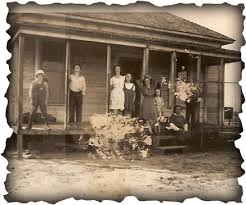 Could it be that nearly all of trackchasing’s “Founding Fathers” lived on the east coast and at that point had rarely if ever strayed east of Cleveland?  Again, I don’t know for sure.  However, all kinds of motorsports were banned, almost all of them having very little presence in and around Pennsylvania.

How long will it be?

Nevertheless, SXS racing is beginning to boom especially in the western third of the country.  No racing class has ever had such a strong start in the west.  With almost all trackchasing voters residing in the East can it be long before some special “rule” is enacted to ban them.

I can see hundreds of trackchasing opportunities created by this racing…and most of them are in the west.  Stay tuned for that next interesting rules proposal!

Rude behavior or a simple oversight?

I have posted some information about SXS racing on my website.  One of the trackchasers whom I have never met, “Edward C.” picked up on this idea.  He found a place in the East where he was able to get two new tracks based upon the information I had provided about SXS racing.  I say good on him.

However, maybe I was raised a bit differently.  I was taught that when someone shares or gives you something you have the decency to say “Thank you”.  When “Edward C.” told the trackchasing community about his SXS eastern conquest did he offer thanks to the person who turned him onto the idea?  No.  All he could say was some “trackchasers out west” have been seeing SXS racing.  Has “Edward C.” been so corrupted by the “Dreaded East Coast Trackchasers” that he has forgotten his manners?  Even worse has “Edward C.” accepted the “colors” of the DECTs?  As my brother Mark would say this type of behavior is just rude.

Who knows?  Maybe “Edward C.” was raised right.  Maybe he HASN’T accepted the colors of those “Dreaded East Coast Trackchasers”.  Maybe he just “forgot” to give thanks where it was deserved.  Maybe I will hear from “Edward C.” on the matter.  If I do I’ll let you know.

I’ll have to go to Houston another time.

Heck, I wasn’t even supposed to be at today’s races.  I was planning to go to Houston, Texas for the big IndyCar race.  However, when my standby flying situation looked bad I went to my “back up” option.  Seeing a SXS racing event on a motocross track is a lot different that seeing an IndyCar race in a flat parking lot.  However, in my world they all spend the same.

When I changed my venue to California it provided two nice side benefits.  First, I got three hours more sleep last night than if I had taken an overnight flight to Texas.  Secondly, I would be home after today’s racing and not back in San Clemente on Monday.  Lots of people don’t understand this but virtually every trackchasing trip to the Midwest or East requires me to come home the NEXT DAY.  That adds about 20-25 nights of hotel expense to my west coast trackchasing budget.

Last night I made it as far as Barstow, California from Las Vegas after driving to Vegas, and exchanging rental cars after a drive up from Lake Havasu City, Arizona.  That gave me 6-7 hours of hotel sleep.  That was pretty good after my “five and five” hours of sleep over the past two nights. 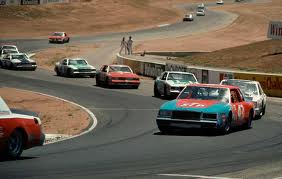 From Barstow it was a leisurely one hour and 15 minute drive to Riverside.  After the race I would need to return the rental car to LAX (Los Angeles International Airport).  Making a stop at LAX from Riverside, California on my way home to San Clemente took me about 75 miles out of the way.  Why do that?  My car was parked at LAX!  In case you haven’t noticed my trackchasing involves a fairly elaborate “maze” of logistical “opportunities”.  Believe it or not that’s one of things I most enjoy about my hobby.

Follow me to the “Race Review” tab to see how my afternoon of trackchasing went near the former home of the Riverside International Raceway (Lifetime track #24 – I went there in 1971 while on military leave from the U.S. Marine Corps).

I must admit I’m a “rookie” to this type of racing.  Just walking around the pit area feels a little funny.  Nevertheless, I paid my ten dollars, got my wristband and went about to enjoy a morning of SXS, UTV and motorcycle racing.

As far as I could tell there were four distinct racing tracks here.  One was a training track.  Another looked as if it might be for motocross only.  However, the other two, the “Main” and the “Vet” tracks looked like they could handle SXS racing.  That pretty much insured a return visit by me sometime in the future.  And the not too distant future at that.

Although there were three main types of racing today I was here for the SXS racing.  By the way when I say “SXS” racing that is synonymous with “UTV” racing.  The ATVs and motorcycles were also fun to watch.

Two classes from a standing start.

I happened to be a long distance from the starting line when the morning races began.  Each racer (all classes) normally races two “motos”.  In the trackchasing world we know motos as “races”.

The races were short just about five laps.  I never count the laps, as I’m also busy taking pictures and videos for your viewing enjoyment.  After the SXS race I spent a good deal of time exploring every nook and cranny that was available to see at the Milestone Ranch MX Park. 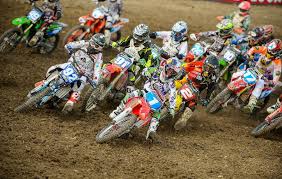 You could probably count on one hand the number of trackchasers that have darkened the door of a motocross track.  Folks, that’s about to change big time.  I can see some people getting VERY uncomfortable with that idea.  Can a ban on SXS racing be coming to your mailbox soon OR the addition of go-karts or both? 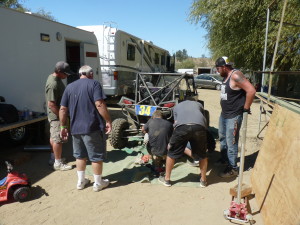 I spent a lot of time asking people questions about their sport.  Everyone was very friendly and willing to share with a novice fan like me.  I’ve raced on autograss tracks, ice tracks and dirt oval tracks.  I’ve been to racecar driving school with NASCAR stock cars on asphalt ovals and road courses.  However, I don’t think you will EVER see me racing a SXS machine over a motocross course.  I would be in traction for years!

A racetrack and a rare trip.

One track worker told me this track had been here for about eight years.  He said much of the track’s income is raised from racers and riders who come here during the week to practice.  As this was near Halloween a huge “Halloween Haunt” had been set up.  They were promoting this attraction heavily. 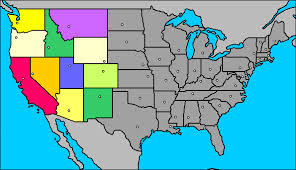 It is very rare for me to have an entire three-track, three-day trackchasing weekend in the Far West.  However, on this weekend I found my way to Utah, Arizona and California.  I liked that.

This would be the last trackchasing trip under my “old” airline sponsorship agreement.  The funny thing about that is that I only took a couple of short flights on my last trip with my sponsorship expiring.

California sayings:  “Things are tough all over, cupcake, an’ it rains on the just an’ the unjust alike…except in California.”

Please wait for photos to load.

There are no trackchasers currently within 375 tracks of my lifetime total.  Don’t blame me.