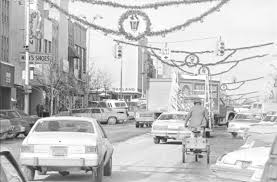 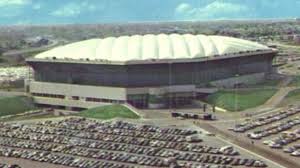 The Silverdome in Pontiac, Michigan is officially listed as my 126th-lifetime track. I went trackchasing there on Sunday afternoon, February 27, 1983. As this is written that was more than 35 years ago.

Therefore much of I can tell you (as limited as it is) is from memory.  Carol and I were living in the Chicago area at the time. I have no memory of how I got to Michigan from Chicago. I suspect I drove. 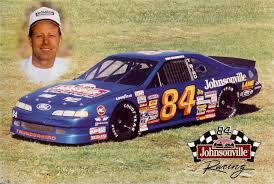 Exactly what DO I remember from my trip to the Silverdome? Well, this was going to be an indoor race for ASA stock cars. ASA, the American Speed Association, was really big back then. They had several stars that would go onto NASCAR fame. Two of those folks would win NASCAR Cup championships including Rusty Wallace and Alan Kulwicki. Mark Martin and Dick Trickle raced in ASA. There were other local stars that were as good or better than any of the above. Those drivers included Bob Senneker (above), Butch Miller and Mike Eddy. 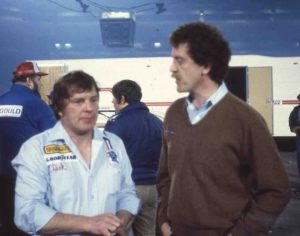 On this day Butch Miller would be the feature winner. My biggest memory from that indoor race was being able to talk with one of my all-time favorite drivers (easily ranked in the top five and maybe #2 or #3), Dick Trickle. My stepfather and I traveled all over the Midwest watching Trickle race. In the early years, especially with USAC, he always had underfunded cars that were prone to mechanical failure. Later, in NASCAR he was named rookie of the year at the age of 48. Again, he had underfunded cars and was somewhat past his prime as most are at that age. I did see Dick Trickle race at the Craig’s Road Speedway in Las Vegas. Dick’s brother Chuck lived in Las Vegas. I probably didn’t see all that many of his wins because I wasn’t living in the midwest during his most successful years.

The indoor race at the Silverdome seemed like an unlikely race location for the ASA stock car group. I don’t know if they ever raced indoors anywhere else. The Silverdome promotion was a “one and done” event like most of these types of endeavors are.

I found some interesting information about the Silverdome on Wikipedia.

The Pontiac Silverdome (also known as simply the Silverdome) was a stadium in Pontiac, Michigan. It opened in 1975 and sat on 127 acres (51 ha) of land. When the stadium opened, it featured a fiberglass fabric roof held up by air pressure, the first use of the architectural technique in a major athletic facility. With a seating capacity of 82,000+, it was the largest stadium in the National Football League (NFL) until FedExField (91,000 capacity) in suburban Washington, D.C., opened in 1997.

It was primarily the home of the Detroit Lions of the NFL from 1975 to 2001 and was also home to the Detroit Pistons of the National Basketball Association (NBA) from 1978 to 1988. In addition, the Silverdome also served as the home venue for the Detroit Express of the North American Soccer League and the Michigan Panthers of the United States Football League, as well as two college bowl games: the Cherry Bowl and the Motor City Bowl. In 2012, the Silverdome served as the home venue of the Detroit Mechanix of the American Ultimate Disc League and hosted the league championship game that season.

The stadium was a regular concert venue and hosted a number of athletic and non-athletic events, including the 1979 NBA All-Star Game, Super Bowl XVI, WrestleMania III, early round games of the 1994 FIFA World Cup, and regional games in the NCAA Division I Men’s Basketball Tournament.

After the opening of Ford Field in 2002, the stadium was left without a permanent tenant. It first closed in 2006, but after multiple attempts to solicit redevelopment plans, the city sold the stadium at auction in 2009 for only $550,000 (less than 1% of the cost to build the dome). It reopened in 2010 and hosted several events, but closed again, this time permanently, in 2013. The roof was destroyed by a winter storm. Owners auctioned the stadium’s contents in 2014 with no future development through June 2015. The site of the stadium currently houses thousands of recalled Volkswagen vehicles.

In 2017, the Silverdome was condemned and prepared for demolition by Adamo Demolition; the upper ring of the stadium, which had supported the roof structure, was imploded on December 4, 2017, after a failed attempt the previous day. Following the implosion, the remains of the stadium were brought down in sections with hydraulic excavators, and the last free standing section was felled by late March 2018. In September 2019 it was announced that Amazon would develop the site and bring 1,500 jobs to the area.

The Silverdome also hosted the 1979 NBA All-Star Game, Super Bowl XVI on January 24, 1982, and the 1988 and 1991 NCAA Division I Men’s Basketball Tournament Midwest Regionals and NCAA Men’s Division I Indoor Track and Field Championships in 1982 and 1983. On March 29, 1987, the World Wrestling Federation’s WrestleMania III established the record for attendance of 93,173, the largest recorded attendance for a live indoor sporting event in North America. The record stood until February 14, 2010 when the 2010 NBA All-Star Game broke the indoor sporting event record with an attendance of 108,713 at Cowboys Stadium.

In September 2019, the City of Pontiac announced that Amazon was going to develop the Silverdome site into both a distribution facility and delivery center. The delivery center is targeted to open in the second half of 2020, with the distribution center being operational in 2021. The project cost was estimated at $250 million and would bring 1,500 jobs to the Pontiac area.

The first attempt to demolish the Silverdome didn’t work! This video will show you that attempt.

Here’s a race video from the event back in 1983