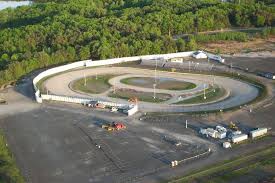 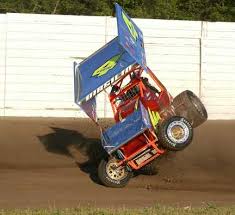 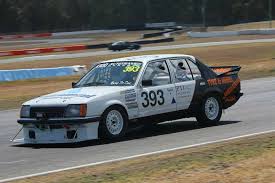 The Whip City Speedway tracks in Westfield, Massachusetts are officially listed as my 393rd and 394th-lifetime tracks. Whip City’s tracks were just the second and third tracks where I have seen any racing in the Bay State. I went there in 1999. It had been fourteen years since I same my first racing in Massachusetts…at the Riverside Park Speedway in Agawam. 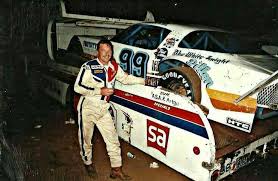 I began my racing fan “career” as a “racechaser”. How did I decide beginning in college and running through the early 80s where I would go to the races? That was easy! I simply followed my favorite drivers. I scoured the Hawkeye Racing News for advertised race dates. I followed my favorite dirt driver, Darrell Dake, all over his home state of Iowa and my home state of Illinois. We were big Dick Trickle (above) fans. When he was racing at a big show we tried to make it there. Yep. I was a racechaser. I didn’t give a second thought to whether I was visiting a new track or not.

Much of what I can tell you about my Whip City Speedway encounter is from memory. My notes tell me that the micro stocks raced on the smaller 1/8-mile dirt oval. Jon Tonlino driving his #03 won the feature race. Then four different classes of mini-sprints raced on the larger ¼-mile dirt oval. Richard Lemelin in car #30 won the main.

I can tell you that “The History of America’s Speedways – Past and Present” authored by Allan E. Brown has this to say about the Whip City Speedway. By the way, I can’t even imagine the level of research it took to make this book. There is a listing from virtually every racetrack that ever existed in the U.S. and Canada. It truly does border on the unbelievable. Well done! 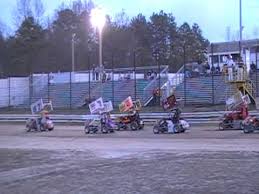 The track began racing in June 1995. My visit on Saturday, August 14, 1999, was four years after the track first opened. During the afternoon, before the night racing at Whip City, I saw racing at both the Lime Rock Park road course and the Lime Rock karting dirt oval in Lime Rock, Connecticut. Then the next day I was back in Connecticut seeing racing at the Waterford Speedbowl.

By Ted LaBorde, The Republican

WESTFIELD – More than 100 people were at Whip City Speedway Tuesday, not to race but to look for bargains, show support for track owners or just reminisce.

“I’m broken-hearted and disappointed in this city,” said co-owner David H. Pighetti, as he and his partner Frank L. Ferrara, of East Longmeadow, prepared for an auction of their equipment, tools and everything from chain link fencing to bleachers, all-terrain vehicles to large earth graders and backhoes.

“But I really feel bad for the competitors who must now drive five to six hours to race in New York and Pennsylvania. These are all working people,” he said.

The speedway is located on property owned by Barnes Regional Airport and Pighetti, Ferrara and Pighetti’s wife Lois operated the raceway since 1995.

“It has been a good 16 years but we are getting older,” said Ferrara. “I am upset with the city but not mad,” he said. “We are both retired,” he said of himself and Pighetti. “This means our weekends will now be free,” he said with a grin.

Earlier this year the city and Airport Commission invoked a lease clause to allow marketing the property for aviation-related development.

Gary A. Palmer, owner of New York’s Accord Speedway, came to the auction to show support for Ferrara and Pighetti and maybe leave with some of the heavy equipment.

“I feel terrible,” said Palmer. “Quite a few cars from this track have now come to mine. We tested a car here once and my son raced go-karts here,” said Palmer.

“This never helps,” said Commander of the closing of Whip City. “We try to expand the number of small race tracks. It is hard for small tracks to make money but they are great places for kids to expend their energy and families to share quality time,” he said.

Commander said he would bid on a water wagon and kitchen equipment to help with his new go-kart track at Lebanon Valley.

Joseph R. Dionne, of nearby Old Long Pond Road, was there to reminisce. His three sons either raced or worked at Whip City while growing up. His wife Lorraine was a ticket seller for years at the track.

“Our son Todd was an announcer here,” said Dionne. “It was a family pastime as well on many Saturday nights,” he said.

Frank Kozaczka, of Ludlow, said he is a NASCAR fan and did not frequent Whip City. But he had attended a few races and was at the auction to bid on a golf cart. “It is just for a hobby,” he said of his anticipated purchase.

There were four golf carts and five all-terrain vehicles up for sale among a variety of trucks ranging from pumpers to dump trucks.

The auction was conducted by Aaron Posnik Auctioneers.

Auctioneer Paul W. Scheer said everything, including trailers and buildings on the property, was for sale.