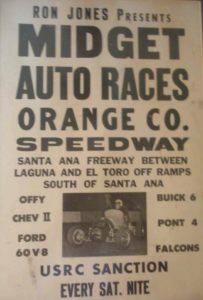 Poster from Ron Jones Jr. son of Ron Jones who built the El Toro Speedway which was originally named the Orange County Speedway! 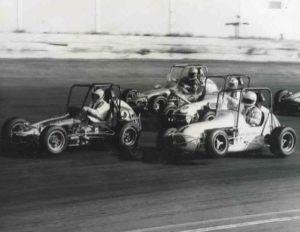 One of my favorite all-time tracks!

The tiny little El Toro Speedway was one of my favorite tracks in the mid-70s.  It’s main advantage for me was the track’s location.  Of all the places we’ve lived across the country the El Toro Speedway was the closest track to any of our houses.  El Toro was only about five miles from our home in Mission Viejo, California. 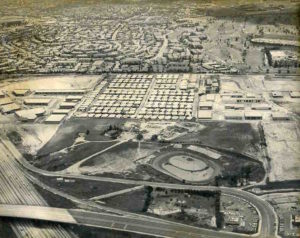 The track was at the intersection of the I-5 Santa Ana Freeway and the I-405 San Diego Freeway.  Locals call this intersection the “El Toro Y”.  The El Toro Speedway was just across the freeway from the famous Orange County International Raceway.  Despite living so close to the OCIR I only visited this dragstrip once.  However, it was a most memorable event.  On the night I was there they had a jet engined dragster “burn down” a hapless old junker.  They also had a guy with a “jet pack” on his back fly off into the air.  For it being the 70s that was pretty impressive.   OCIR held races as a drag strip from 1967-1983.  Unbeknownst to me, until I did some research for this post, there was also a two-mile road course at OCIR. 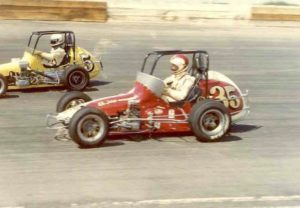 We lived in Mission Viejo from 1975-79.  It was during this time that I saw the El Toro Speedway race several times each season.   According to the “History of American Speedway” the track was in business from 1956-78.  I loved seeing the racing at this little 1/5-mile dirt bullring.  The track was located at the bottom of a natural bowl.  Spectators sat high above the track on the natural hills that dot this part of the SoCal landscape. 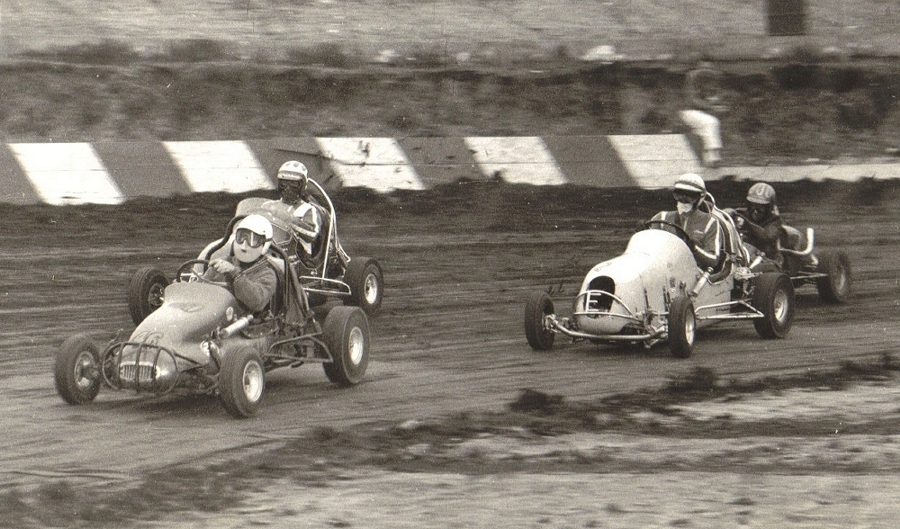 Thanks to Bob Bogan photo collection.

It was here that I saw my first ever competitive woman race driver.  Stevie Cederstrom became one of my favorites.  She could easily run in the top ten and ended up winning some events.  The wheel to wheel racing was outstanding and it was so close to home.

However, it is not the racing that is my most significant memory from visiting the El Toro Speedway.  That memory happened on Saturday night August 16, 1977.  After a good night at the El Toro Speedway races I was headed home on the San Diego Freeway.  What did I hear over the car’s AM radio?  Elvis Pressley had died at the young age of 42.  Everyone remembers where they were when certain historical events occurred.  I know where I was the night Elvis Pressley’s death was reported. 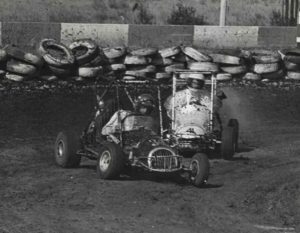 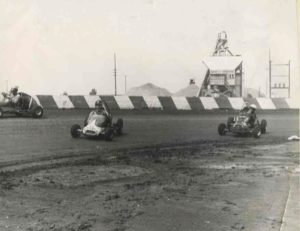 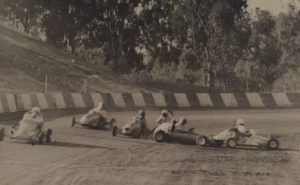 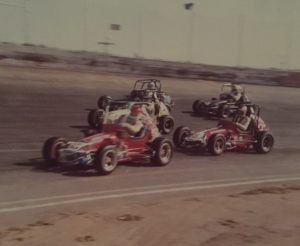 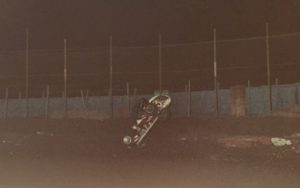 Gene Serrano was a big fan of the speedway.  He sent me so many great photos from racing at the El Toro Speedway.  Thanks, Gene!