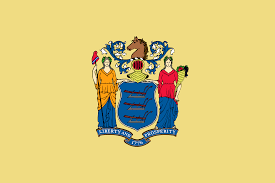 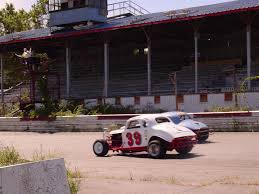 My family and I lived in Connecticut beginning in the fall of 1979 for 15 months. During that short time, I saw a good deal of New England and east cost racing. One of those stops was to the Flemington Speedway when it was a dirt track. By that time I had come to really like the dirt modifieds of the east coast. I came away from that daytime visit to Flemington looking like a raccoon with dirt and rubber dust engulfing my face. It made for a great picture! 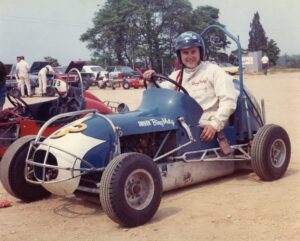 This is Bing Metz winner at the Atlantic City Convention Hall. Bing is now an active trackchaser.

Carol and I ventured out to the Atlantic Convention Center, home of the Miss America beauty pageant, for some TQ midget racing. We remembered the indoor show by the gasoline fumes permeating the aging building. It was a cold night in Atlantic City. At the time they were trying to develop AC as a competitor to Las Vegas. As we walked a few blocks to the convention center into a cold biting wind with each casino placed a block or two from the next one, in the midst of a big city slum, it was easy to predict that Atlantic City was NOT going to be the next Las Vegas. My buddy Bing Metz (above) won a main event at the Atlantic Convention Center back in the day. 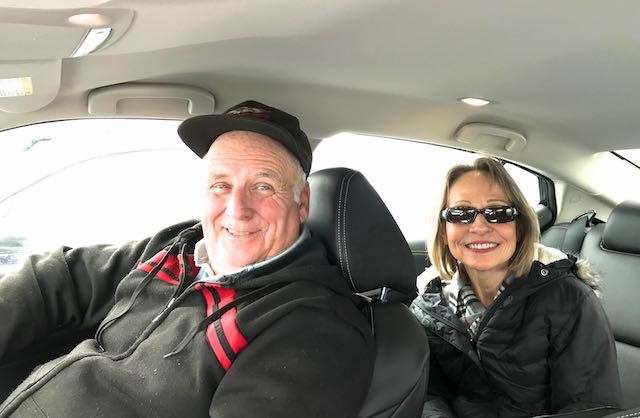 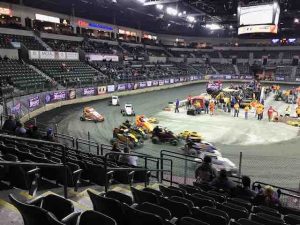 The indoor show at the Cure Insurance Arena in Trenton was one of the worst I’ve ever seen. There had to have been more than 75 yellow flags and the PA system was ungodly loud. At the asphalt version of the Flemington Speedway, I first met Gordon and Susan Killian. 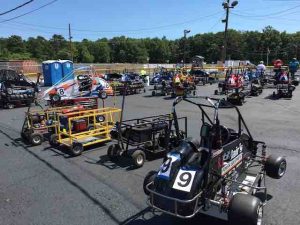 When I checked out the Garden State Quarter Midget Racing Club (above) the countable race was run with 12 moms of the young drivers. I waited forever to see that race and it almost ended up being rained out. I saw some excellent modified racing on the dirt at New Egypt. My Ft. Washington buddy Louis Skypala joined me at the New Jersey Motorsports Park. I enjoyed cheesesteaks in advance of my visit to the Old Bridge Township Park Raceway visit with PW. My turkey day visit to Wall Stadium was, as you might imagine, cold!