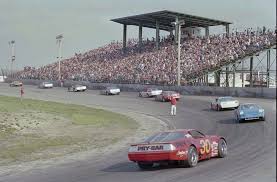 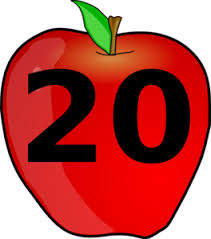 The Grundy County Speedway in Morris, Illinois is officially listed as my 20th-lifetime track. Grundy County was just the ninth track I ever visited to see racing at in the Illini State. I’ve now seen racing at well over 100 tracks in Illinois.

Before 1980, I never kept track of when I went to a track. I just know from memory that I had seen racing at 71 different racetracks from when I was born in 1949 through the 1979 season. This was affectionately known as the “Group of 71”. The Grundy County Speedway sits pretty high up on the list of my “Group of 71” tracks. 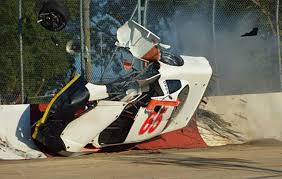 Much of what I can tell you about the Grundy County Speedway is from memory. I first went there in the 70s. I would return to see racing at this flat asphalt oval three more times in the 1980s. I didn’t really go for the racing. This was “one-groove” racing at its best. That’s not my favorite. Why did I return to Grundy County? I guess the best reason would be that it was “close by”! 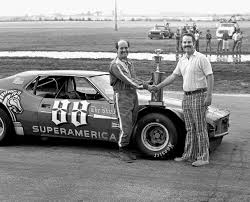 I can tell you that “The History of America’s Speedways – Past and Present” authored by Allan E. Brown has this to say about the Grundy County Speedway. By the way, I can’t even imagine the level of research it took to make this book. There is a listing from virtually every racetrack that ever existed in the U.S. and Canada. It truly does border on the unbelievable. Well done!

The track opened for racing on May 30, 1971. That was the year I graduated from nearby Northern Illinois University in DeKalb, Illinois. I’m guessing my graduation and the track’s opening might have been in the same week! The track’s location in Morris, Illinois was just 51 miles from NIU. 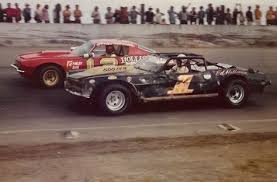 Ray Freeman won the first feature at the Grundy County Speedway. The track is home to the “Wayne Carter Classic”. The fairgrounds was built in 1971 to replace the one torn down in 1970 at the Mazon Speed Bowl. I never made it to Mazon. Back in my college days, I was not a trackchaser. Every time I went to Grundy County one of the “Eddie Hoffmans” (above) father/son was winning the main event.

I grabbed this interesting bit of history from the Grundy County Speedway website.

One hundred years ago people gathered on the streets of Mazon for a colt show. People led their animals from all parts of Grundy County and tied them to the hitching posts before the competition began on the dirt streets.

Horsemen came from all the surrounding towns and counties. Every part of Grundy County was represented. The ladies from the Mazon Congregational Church served dinner and local teams played the newly popular sport of baseball. By the end of the day, over 2,000 people had attended the very first fair in Mazon. This event was such a success that the next year a larger horse show was held. This was a time when automobiles were a curiosity. Horses and horse-drawn buggies were the main method of transportation.

In 1906 ten acres of land was purchased at the north end of Mazon and the Grundy County Fair had its first home. That same year the fair’s first non-profit corporation charter was recorded with the Secretary of State. A dining hall was built for the church to serve dinner and entire families worked side-by-side for long hours to provide lunch served by the Mazon Methodist and Congregational Churches. Barns were erected for the finest livestock in the land and agricultural items were displayed in the Art and Horticultural Halls. Many fair goers brought picnic lunches and ate beneath the shade trees while visiting with all their neighbors.

A grandstand seating 2000 people was erected at the far end of the fairgrounds for viewing the horse races. Proud owners of prize-winning livestock would parade their animals in front of the grandstand on the last day of the fair. One of the highlights for everyone at the Fair was watching their favorite local team play on the new baseball diamond. Dances, vaudeville shows and talent shows were the social feature of the day. The Grundy County Fair became the center of entertainment for everyone in the county.

By 1911, spectators could watch hot air balloon ascensions and Bud Mars was demonstrating a Baldwin biplane. The air show in 1912 featured Earl Daugherty flying the biplane invented by William Somerville of Coal City. In the center of the grounds, a dance hall was built in 1921. Over the years many popular bands played while everyone danced. One such band was Coal City’s famous Barney Faletti and his 8-piece orchestra.

At one time the K&S branch of the Big Four Railroad ran through the fairgrounds near the grandstand. On its daily run from Kankakee to Seneca, the train would pause on the fairgrounds while the passengers and crew watched the activities. Sometimes this delay would last for an hour or two. Many school children from the surrounding communities would ride the train with their class to Mazon and spend the day at the fair.

In 1926 the third-mile horse track was abandoned and the Fair used the extra land to expand the midway and to enlarge the racetrack to a half-mile. This new track was built within the confines of the railroad track and grandstand resulting in an “egg-shaped” track with a rather tight east turn and a long sweeping west turn. High speeds off of that west turn, down the grandstand straight and into that east turn resulted in many a crash. That same year a 15-mile race for amateurs with a $175 purse was held. A local racer from Mazon, Oscar Jaumotte, in his Ford Model “T” won this 30-lap feature race with a 3-lap lead.

In those early years of automobile racing, those daring young men were running at the high speed of 46.75 mph in what were basically home built and modified cars without cages, seat belts or helmets. Safety equipment was non-existent. As automobile racing was proving to be a crowd favorite the Fair became aware of the need to handle larger crowds. A new grandstand was built in 1927 with a capacity of 3500 people and auto racing became a permanent and vital part of the Grundy County Fair.

The old half-mile dirt produced some of the best “Big Car” racing in the Midwest. Many of the best drivers in the country had thrown dirt all over the great crowds, where it was not uncommon to see a car go out through the fence, over a railroad track and into a cornfield. A whole new series of auto racing had been started on the west coast and was quickly sweeping the entire nation. Thus the “Big Car” style of auto racing ended and the run of the “Mighty Midgets” began. In 1936 three days of racing was scheduled for that first big weekend of Midget auto racing at the Fair. A smaller one-fifth mile dirt track was built in front of the grandstands for this new racing series. The “Big Car” drivers had no trouble adapting to the smaller track and the smaller cars.

For many years fairgoers could watch both horse racing and auto racing at the Fair. Friction arose between the two types of racers with the horse racers claiming that the cars packed the track too hard for the horses to race on. The racecars inevitably won out, but horse racing briefly made a comeback in the war years due to a shortage of gasoline.

With the end of the war, midget auto racing was changing and the crowds were growing larger. The Fair under the guidance of Secretary Wayne Carter saw the need for a new racetrack and enlarging fan capacity. The high-banked asphalt paved quarter-mile Mazon Speed Bowl was built in 1947. The banking angle in the turns on this track made it extremely hard to walk up, requiring a person to lean forward as they proceed to the top.

The “Speed Bowl” straights were banked higher than the turns at most tracks. Asphalt was new to many of the old dirt trackers. It was a track that was hard on equipment and harder on drivers. Drivers either loved it or hated it, but race fans sure did love it. It was a fast and dangerous track that required a lot of respect. Any driver who “rode the rail” down the front straight or went end over end can attest to just how hard the landings could be. It was a track of the famous and not so famous. The drivers, car owners, mechanics, pit crews and sponsors of the cars that raced there and the many fans that cheered, booed and supported them all will never forget the good times at the “Mazon Speed Bowl”.

The Grundy County Fair has grown through the years because of the hard work and dedication of many people. The livestock and racing venues have evolved with each passing decade, keeping the spirit and excitement of “Going to the Fair” alive.

The Grundy County Agricultural District Fair is proud and honored to have provided good clean family fun and to have been a part of our great American history for the past 100 years and looks forward to the future, with continued support to agriculture.