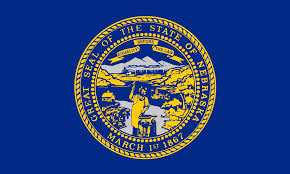 All of the top-notch figure 8 tracks in Nebraska 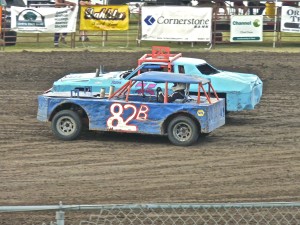 You’ll be hard-pressed to find better figure 8 racing that what they have in Nebraska.

I’ve seen racing at nearly 15 figure 8 tracks here. Nebraska has some of the very best high-speed professional big car F8 racing of any state in the country. Several of the cars are custom-built for figure 8 racing. I didn’t see my first race in the Cornhusker state until I was nearly 40 years of age. It’s never too late to start trackchasing! Today I’ve seen more racing at more tracks in Nebraska than anyone.

Nebraska offers up some outstanding local stock car racing at places like Beatrice, I-80 Speedway in Greenwood, the Mid-Nebraska Speedway in Doniphan, Riviera Raceway in Norfolk and the Thayer County Speedway in Deshler. I’ve seen some excellent caged kart racing from the Kam Raceway and the Little E Speedway in Eagle.

I met a former NBA announcer doing the PA at the Stuart Raceway. I saw the last season of racing at the Sunset Speedway in Omaha. Once the lady promoter at the U.S. 30 Speedway in Columbus found out who I was in the trackchasing world she INSISTED on refunding my admission price. On that night I did my first ever trackchasing newspaper interview with the Columbus Telegram. A media career was begun. 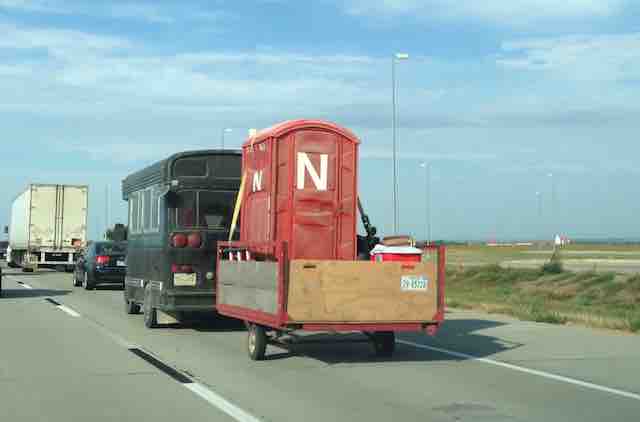 I found out about the figure 8 racing at Boneyard Park in Edgar in the Kansas City airport one day before I saw the event. In Albion at the Boone County Raceway, I did a newspaper interview, a radio interview and an at the track interview. There’s a lot of state price in the Cornhusker State. The Broken Bow track had figure 8 racing at a campground! I invited fellow trackchasing competitor John Moore from Tennessee to join me. 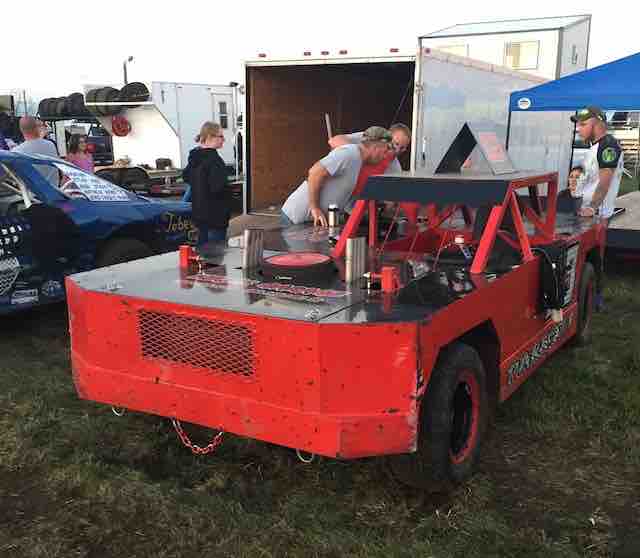 The figure 8 racing at the Butler County Fairgrounds in David City might have been the best I’ve ever seen. The Cass County Fairgrounds in Weeping Water offered free admission to everyone. Some of the Nebraska racing I’ve seen has been contested in extreme heat with temperatures reaching100 degrees. 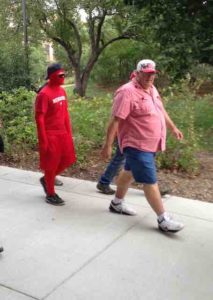 Before visiting the Jefferson County Speedway in Fairbury I spent the day at the UCLA-Nebraska football game in Lincoln. Of course, the Bruins won 41-21 but they trailed early 21-3! At the time I said the Junction Motor Speedway in McCool Junction was the nicest dirt facility anywhere. I went there in 2004. I also met track announcer Wayne Dake during that visit. 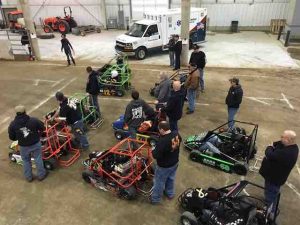 The indoor racing at the Lancaster Events Center in Lincoln was really good despite very bad exhaust fumes. When I went to the Lincoln County Raceway in North Platte I sat next to a couple who had come to the races directly from their wedding reception. I’ve seen a lot of really good figure 8 racing in Nebraska.