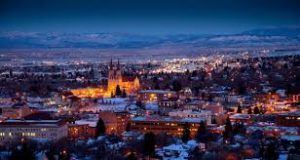 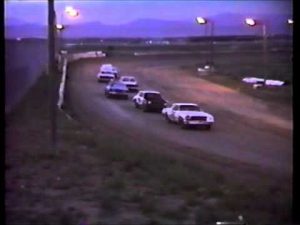 The Capital City Speedway in Helena, Montana is officially listed as my 284th-lifetime track. Capital City was just the second track I had visited to see racing at in the Treasure State.

I began my racing fan “career” as a “racechaser”. How did I decide beginning in college and running through the early 80s where I would go to the races? That was easy! I simply followed my favorite drivers. I scoured the Hawkeye Racing News for advertised race dates. I followed my favorite dirt driver, Darrell Dake all over his home state of Iowa and my home state of Illinois. We were big Dick Trickle fans. When he was racing at a big show we tried to make it there. Yep. I was a racechaser. I didn’t give a second thought to whether I was visiting a new track or not.

Much of what I can tell you about the Capital Speedway is from memory.  I went there for a midweek show on Tuesday, August 6, 1996. Two days before that I was trackchasing in Monett, Missouri!

I can tell you that “The History of America’s Speedways – Past and Present” authored by Allan E. Brown has this to say about the Capital City Speedway.

The track ran as a dirt oval from 1977-1998. I just made it by two years! The track was known by other names during its 21-year operation. These names were, Thunder Road Speedway, Shining Mountains Speedway and Sunset Speedway. I can just about bet you that each time the track’s name changed they had a new promoter! There was also racing in Helena, Montana back in the mid-50s at the Valley Speedway Super Track.

During my visit, I noted there were lots of delays. I felt the event was poorly flagged. A good starter can keep the show going. A poor flag waver can really screw up the entertainment for the fans.

On the night I visited well-known far west driver Mike Wasina Sr. driving his #9A won the feature. He was racing with the NSA sprint car series. I also trackchased in Montana the following two nights. Mike’s son, Mike Wasina Jr. in his #7W won the next two nights. The Wasinas were keeping it in the family. 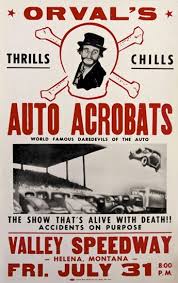 Over the years “daredevil” shows made appearances in Helena. In the 50s and 60s, these traveling roadshows were very popular with fans when they stopped for their annual visit.