You are here: Home » Blog » US Regions » South » Arkansas » Arkansas 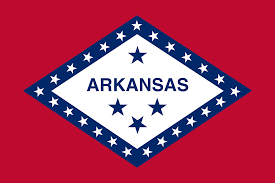 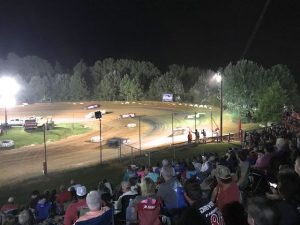 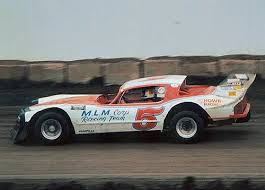 Sort of hard to believe I made my first trackchasing visit to Arkansas to see an NDRA late model race in 1982….and didn’t return for 16 years. During that first visit driver Rodney Combs got in a big argument with the officials and wouldn’t leave the track. My second Arkansas track to see was the Batesville Speedway. What an excellent track but difficult to get to. I won a t-shirt for being the fan who had traveled the furthest to get there! If that prize was awarded every night I would have a lot of t-shirts! 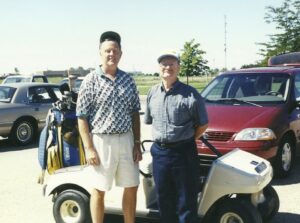 At the Poinsett Speedway in 1999 Carol and I joined up with Allan (above) and Nancy Brown to have dinner at Ed’s Catfish House! At the Beebe Speedway, I did an interview with the track announcer in front of the crowd. Then when I went down to the concession stand at least five people came up to shake my hand and thank me for coming to Arkansas! I flew to Arkansas for two consecutive weekends to add the North Central Speedway to my list. People do that don’t they? Gasoline was $1.24/gallon during that 2002 trip to Arkansas.

I gotta tell you my 2007 visit to the Riverside International Speedway was disappointing. Maybe I caught them on a bad night. Sorry, but the Centerville Super Speedway was a real classic dump. I showed up on Easter Sunday at the North Central Arkansas Speedway. At the Monticello Speedway, I watched the races from the V.I.P. box with Tennessee trackchaser John Moore. 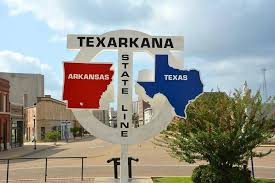 The Crawford County Speedway was a nice facility but the racing was lacking in quality. The Arkansas Motorsports Park was another nice venue but disappointing because only 13 karts showed up in five divisions. They ran two sets of heats at the Diamond Park Speedway in Nashville, Arkansas. Overall, I’m not a big fan of doing that. I couldn’t believe I almost got rained out at the Texarkana 67 Speedway on a night the rain forecast was almost zero. Sat with a young trucker at Texarkana who had stopped along his route to see some racing. 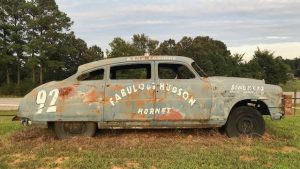 Arkansas has very little county fair racing unlike many of the midwestern and eastern states. However, they had some entertaining junk car racing at the White County Fairgrounds along with a rodeo. My favorite Arkansas track is Crowley’s Ridge Raceway (above). This is a high-banked little quarter-mile bullring that featured some above-average late model and sprint car racing on the night I showed up.

Road Food – The Best of the Best!