The Show Me state 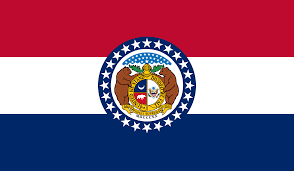 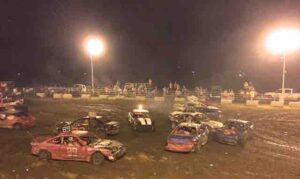 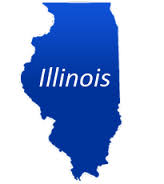 I grew up in Illinois. The state of Missouri borders Illinois. Nevertheless, as a young man, we never went to Missouri to see racing. Mainly, when we traveled we saw racing in Iowa and for “big-time” stock car racing we went to Milwaukee for the USAC stock car races. Milwaukee featured IndyCar racing as well. However, we were stock car fans and seeing an IndyCar type race was as likely for us to visit as a trip to the moon. 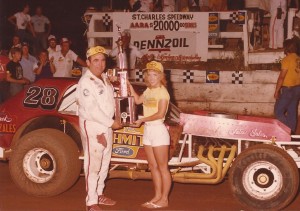 I saw my first race in Missouri at the St. Charles Speedway. One of my memories from that night was hearing Kenny Schrader interviewed by the track announcer. The famous Don Klein (above) in the #28 won the feature that night as he did for years at that track. I never did get to see any of the big ASA stock car shows at I-70 during the 70s. When I made my first visit there in 1982 the track surface had changed to dirt and Sammy Swindell was the winner.

Then, in the early 2000s I began to pick off the state’s permanent oval tracks one by one. Honestly, none made a big impression on me. In 2006 Carol and I made it to the Taj Majal of short track dirt racing, the Lucas Oil Speedway in Wheatland. On that night we saw racing on their oval configuration and then their figure 8 track. With a zero chance of rain, it began to rain and they canceled the show at intermission. Nevertheless, the Lucas Oil Speedway might be the best short track dirt facility in the country. 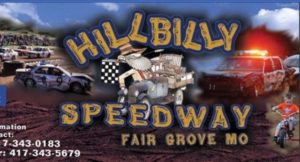 In recent years I’ve discovered the figure 8 racing offered up by J&B Promotions and their owner Gary Jones. I’ve long said that Iowa, Nebraska and Michigan have the best “big car” F8 racing. Now I would tell you that the state of Missouri has the best small car figure 8 racing. That’s how Lion’s Park in Russellville became my favorite Missouri track, an honor not often given to a figure 8 track.  J&B starts 15-20 F8 cars in their feature (most F8 tracks might have five or six cars in their main) and really go at it. In 2019 I discovered the Hillbilly Speedway. They offer “po-boy” racing. It’s bump n run racing for poor boys!