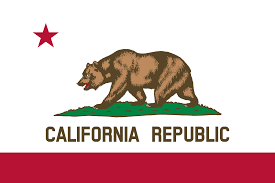 We have lived in California for well over 40 years. I’ve seen racing at more tracks in California than any other state. Nevertheless, I don’t think of California as a state with the best racing. Of course, we do have the best weather. I’ve gotten rained out of a lot fewer races in the Golden State, on a per-visit basis, than just about any other location. 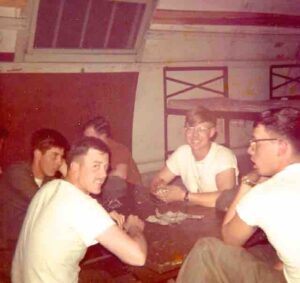 After having seen racing at more than 170 racetracks I have a lot of fond memories from my California racechasing and trackchasing. I first went to Riverside International Raceway in 1972. I was living in San Diego and took a weekend leave from the United States Marine Corps (above – that’s me front left, the guy to my left lost his entire music collection to me on this night in the barracks) to see my first ever race in California. 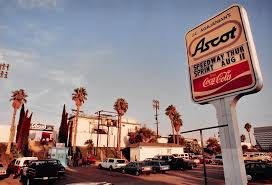 California track #2 was Ascot Park. We lived in California from 1975-1979 and again from 1983 to 1990 when Ascot closed. Ascot Park is one of my top 5 all-time tracks from the nearly 2,600 I’ve seen. This is where my affection for non-winged sprint cars came from. Seeing the likes of Buster Venard, Jimmi Oskie, Rick Goudy and Dean Thompson among many others was the best. It was a sad day in 1990 when Ascot closed. 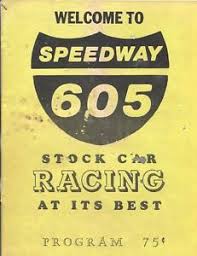 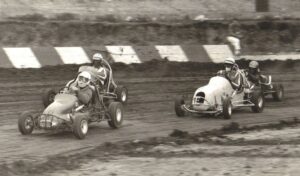 Thanks to Bob Bogan’s photo collection.

I saw outstanding racing at all of these tracks. I particularly liked the El Toro Speedway (above). It was the closest track to anywhere we ever lived in California. They race TQ midgets. I still remember the night in 1977 when after the races at El Toro on the drive back to my house I learned Elvis Presley had died. I remember the NASCAR Cup races in Ontario, Freddy Fryar coming from Texas to Speedway 605 and meeting racechaser Gary Jacob on that day. Lots of late Sunday night drives back home from the Mesa Marin Speedway, a spectator being killed crossing the track at Baylands, Sammy Swindell flipping out of Speedway 117. 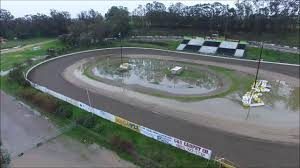 There are still more tracks that I saw race in the 70s and 80s. Places like the California Mid-Winter Fairgrounds, Orange Show Speedway, Silver Dollar Speedway, Santa Maria Speedway (above), Placerville Speedway, Kings Speedway, Ventura Raceway, Bakersfield Speedway and Twin Cities Speedway. Many years of camping with the kids at Santa Maria. The time our son flew us in his plane to El Centro for racing and having the ocean view at our backs at Ventura. 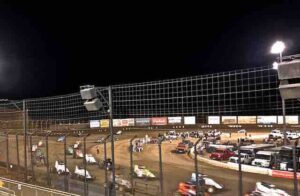 In the lates-90s with so many tracks closing a couple new racing plants opened. This included Perris Auto Speedway and Irwindale Speedway. These two tracks were arguably the best or nearly the best short track facilities in the country. Nevertheless, in the past 20+ years, I’ve only been to Irwindale about five times and Perris about a dozen. It is true I don’t like short tracks that charge for parking! However, in reality, by the late 90s, I had begun turning to trackchasing. On most weekends I was traveling the world to see my racing and when I came home from that, the last thing I wanted to do with my free time spent it watching more racing. 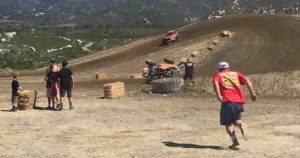 Since the year 2000, I’ve seen racing at more than 100 California tracks. Sadly, somewhat, most of those 100 tracks have been what I would call novelty shows or off-road events. For the past twenty years, I haven’t seen much of the traditional oval short track racing that I grew up with and is still my favorite today. 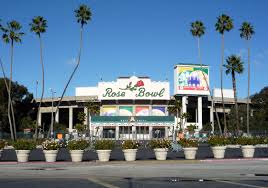 Our visit to the Long Beach Grand Prix in 1987 was special. We were the guests of American Airlines. We ended up winning a special contest, for coming closest to picking the average winning speed. The contest prize? Airfare for two and a week’s hotel in….wait for it…Zurich, Switzerland! I’ve seen racing at such famous sporting venues as the Rose Bowl, Los Angeles Memorial Coliseum (home to the ’32 and ’84 Olympics), Angels Stadium (home to the Los Angeles Angels of Anaheim and former home of the Los Angeles Rams) and Qualcomm Stadium (former home to the San Diego Padres and San Diego Chargers). 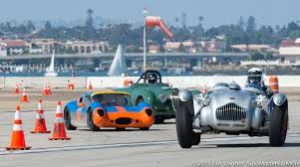 I’ve seen some very unique racing locations, some of which were on active military bases including Tustin Thunder Road Course, Naval Air Station North Island and the Del Mar Arena. I’ve never seen an ice race in California. I haven’t seen very many once a year California county fairs. I have seen a lot on one-off race locations out in the desert. My California “racechasing” hasn’t been much since about the year 2000. 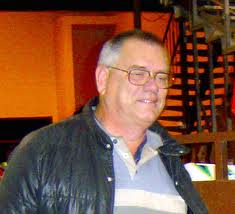 California was the home to the very best “racechaser” I’ve ever known. Gary Jacob lived in Turlock, California. He saw more races, many of them at rural tracks when he was going strong than anybody I had ever seen or heard about. Gary passed away several years ago. For the longest time, he held the #1 trackchasing position in California even though he never gave that title much thought. He was a racechaser! He went to the races to see the racing and then to write about it in local racing papers. He only wanted to give the local racer some much-deserved recognition. R.I.P. Gary.